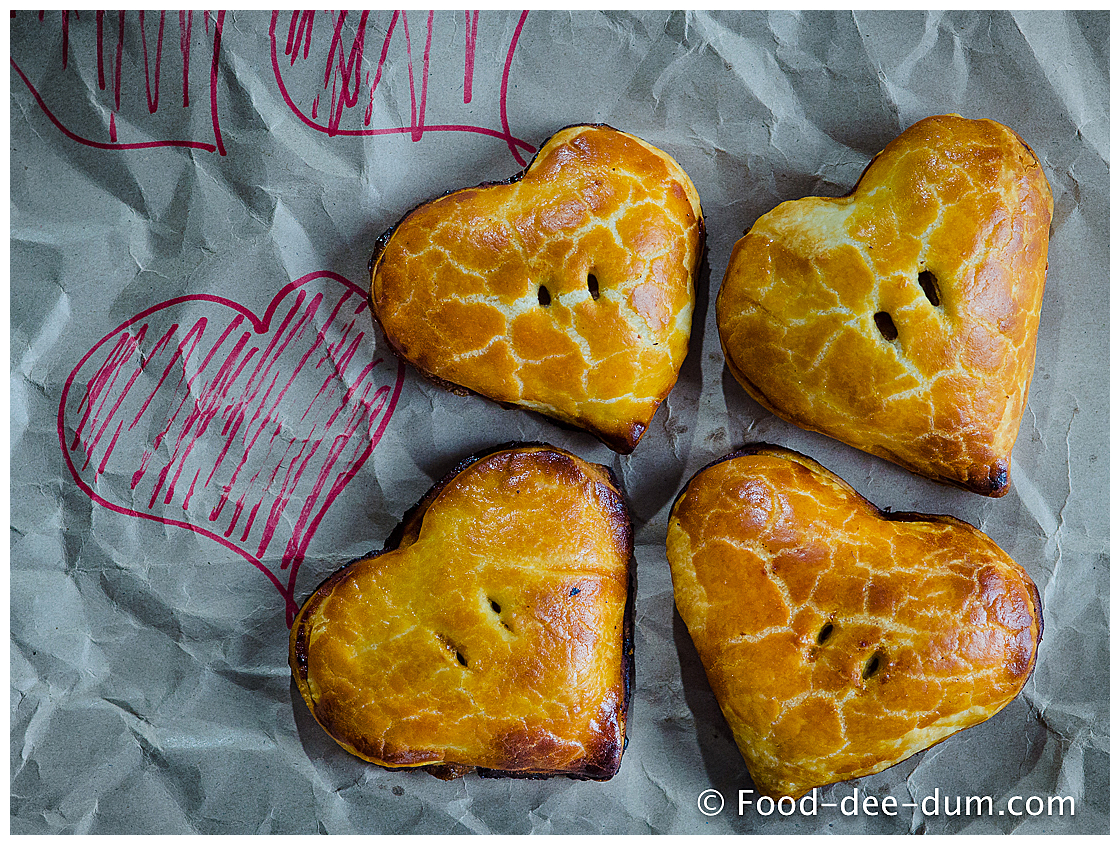 I know I know. Hearts for V-Day. Corny. But I can’t help my corny-ness most of the time! Plus I had pie crust dough left over from this Strawberry Pie, looking so left out and forlorn in the  fridge… I couldn’t let it just sit there.

So I decided to use it with my favourite apple+cinnamon combination and make it like pop tarts! In heart shapes. Because it was V-Day yesterday. It all fit perfectly.

Because I just posted the full pie recipe yesterday, I’m going to do a “fast-forward” post on these.

Here’s what I used for 10 heart-shaped pop tarts:

First of all, I took out the dough from the refrigerator and allowed it to return to room temperature because it would be too difficult to handle and roll out while chilled. 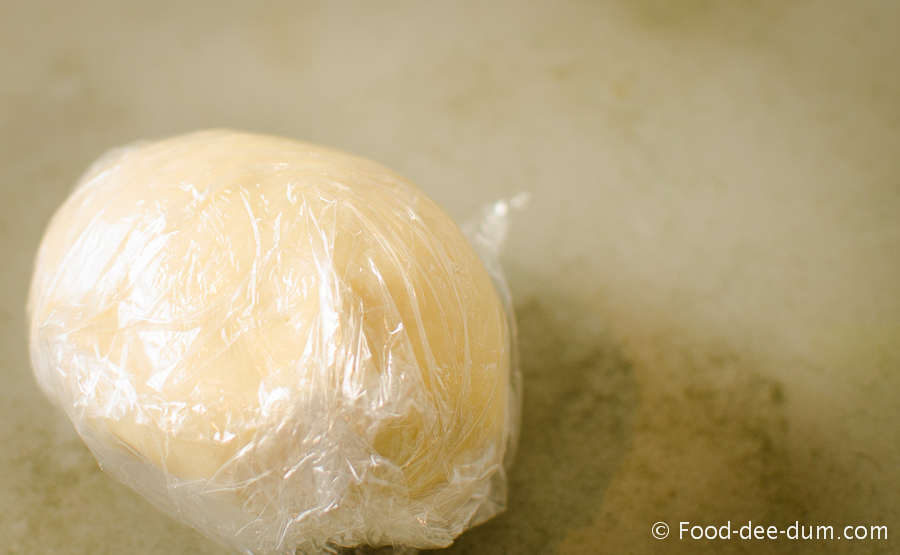 While the dough was warming up, I set the oven and a cookie sheet to pre-heat at 200 C and prepare the filling. I grabbed two apples and washed them. 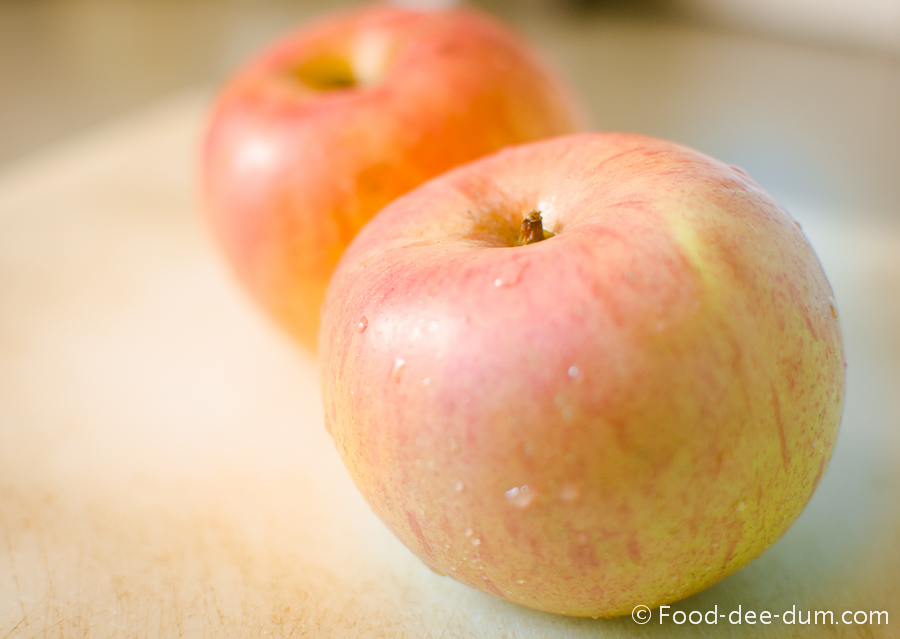 Peeled, cored and cut them into big segments before dropping them into the chopper/ processor. 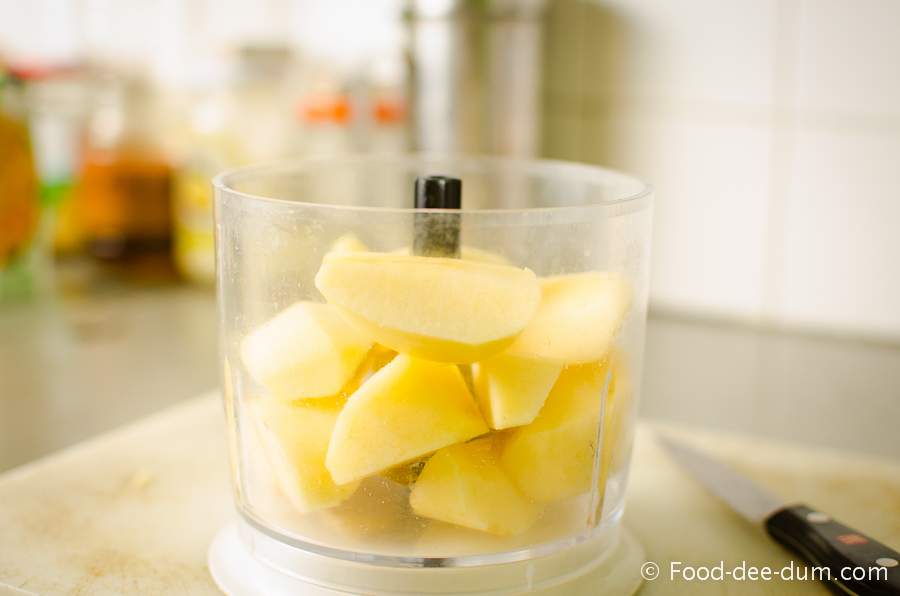 You can even grate them, but that seemed more effort intensive so I didn’t! We want these to be fine but not pulped because bigger chunks may tear through the casing. 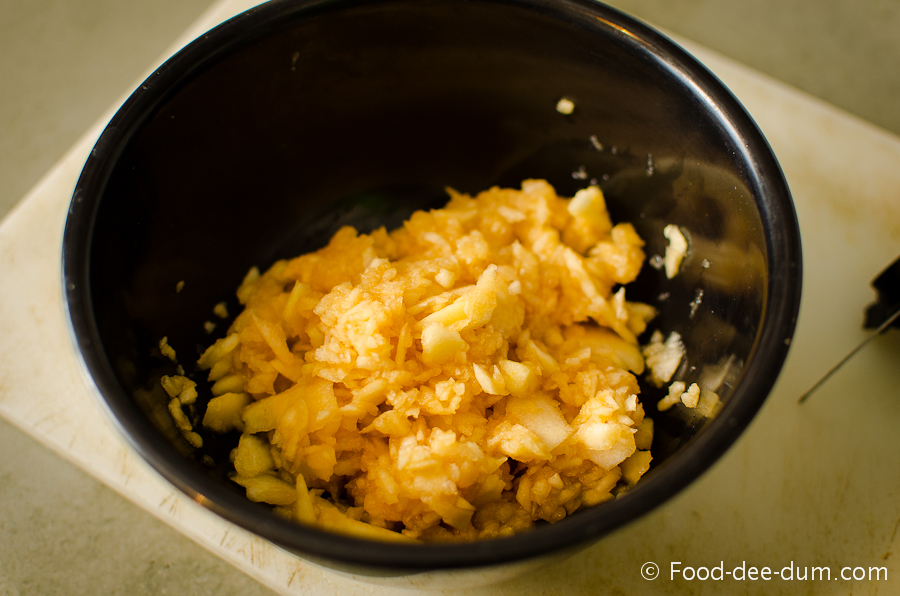 Placing the finely chopped apples in a bowl, I added the sugar, orange juice, cinnamon, Grand Marnier and flour to them and mixed well. 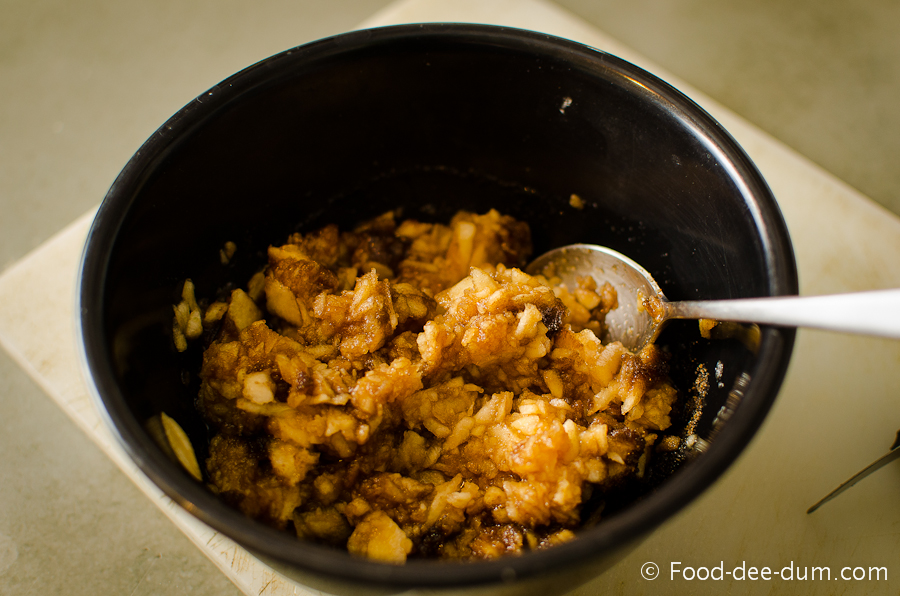 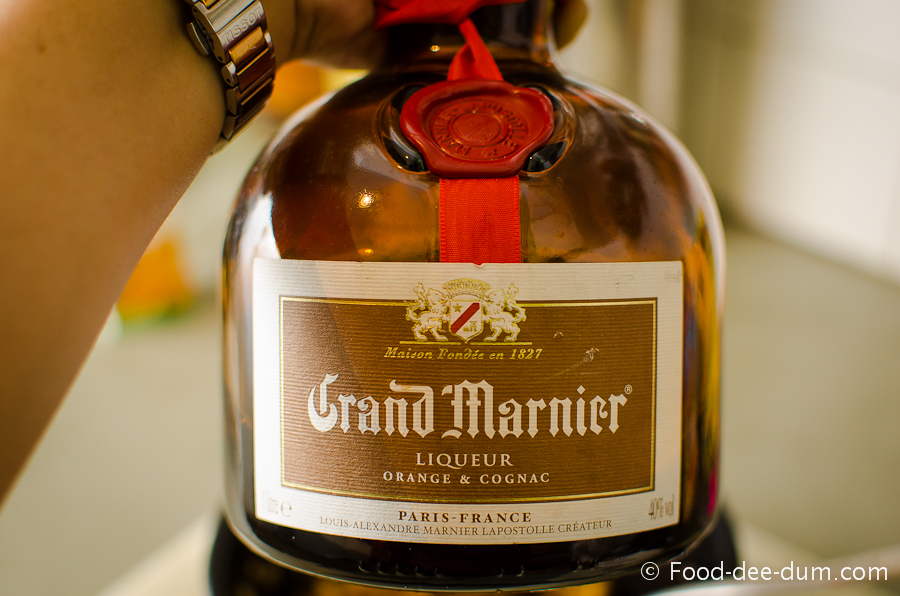 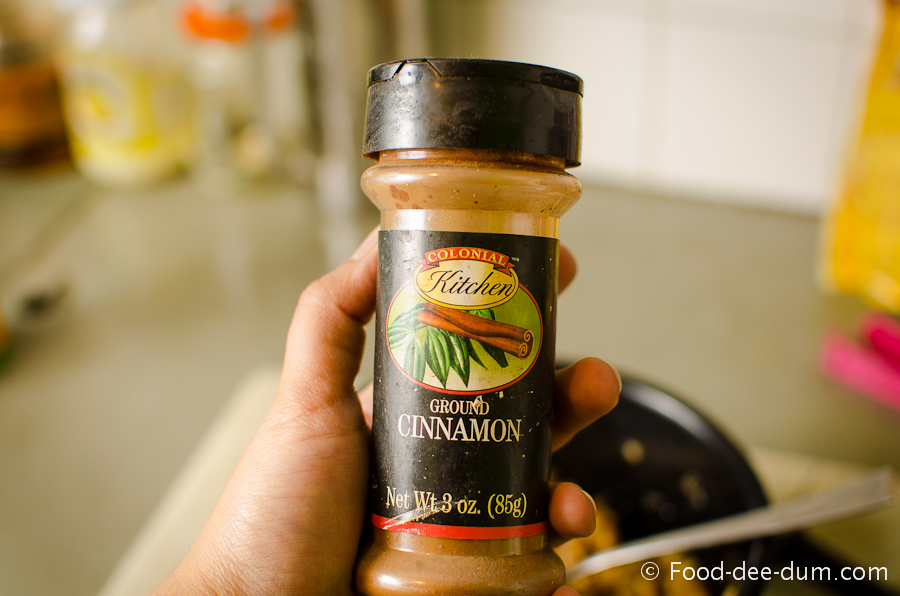 Keeping the filling aside, I rolled out the dough to about 1/8″ thickness (dusting with flour as required) and used my heart-shaped cookie cutters to cut out the shapes. 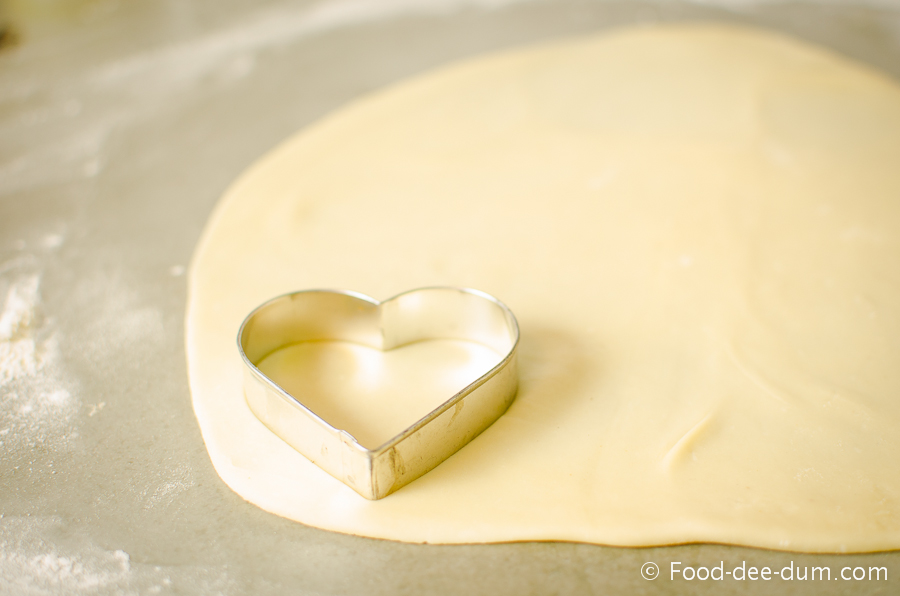 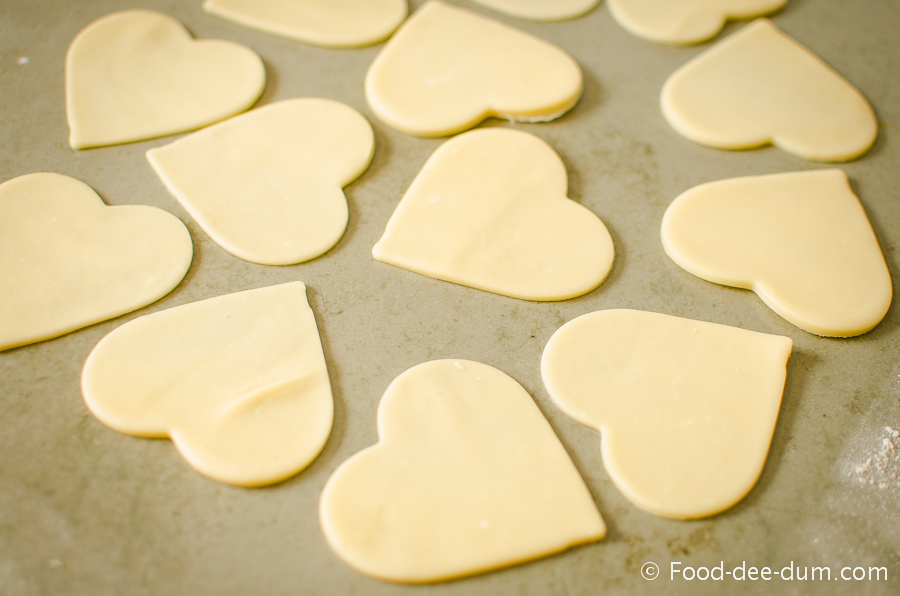 Using a teaspoon, I placed the filling right in the centre of half of the hearts – taking care that too much liquid didn’t spread everywhere. 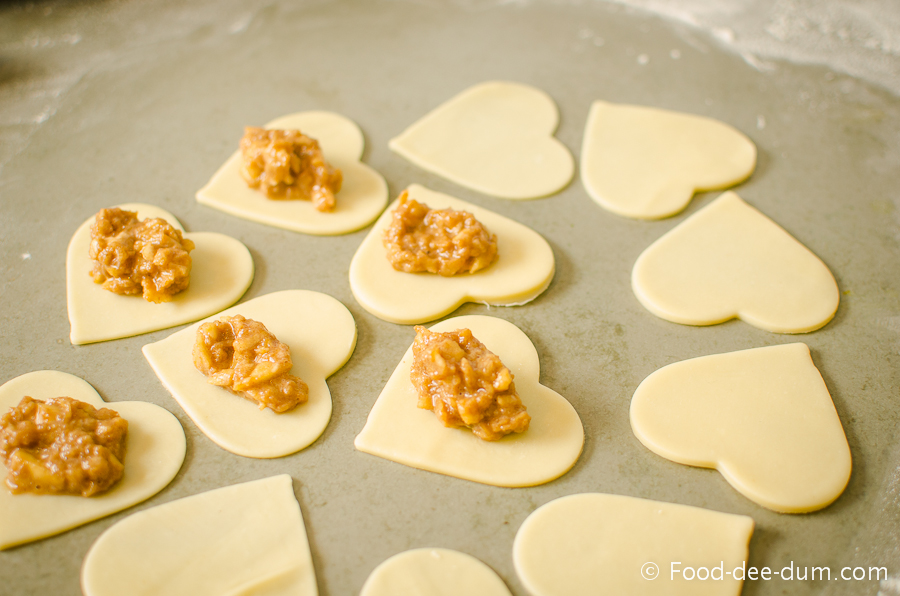 Using the other half of the shapes, I covered the base & filling and pressed to seal as well as I could. 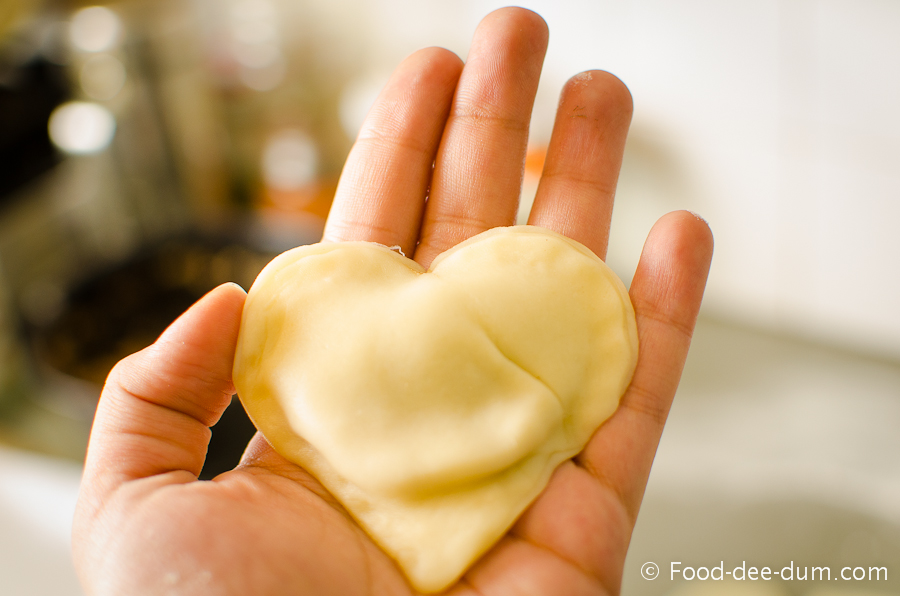 Using the dough left out after the first cutting, I rolled and repeated the process, ending up with 20 hearts (i.e. 10 tarts). Some of them turned out neater than others, mostly because of the juices that slipped out and messed up the edges. Arranging them on a cookie sheet (smaller than the one already pre-heating in the oven, lined with butter paper and brushed with a little butter) I made 2 tiny slits on each tart using a sharp knife so that the steam could escape and prevent the tarts from bursting while they baked. Whisking the egg & salt together, I brushed the glaze over the tarts and placed it in the oven for 20 minutes (tart tray in the larger pre-heated cookie sheet). I flipped the tray halfway through because my oven is kind of small and anything towards the back seems to brown faster.

At the end of 20 minutes, I turned on the top coil and baked for another 5 minutes till the tops were browned. I think I could have done with 3 minutes.

Allowing the tarts to cool for about 15-20 minutes on the cooling rack, we dug in! 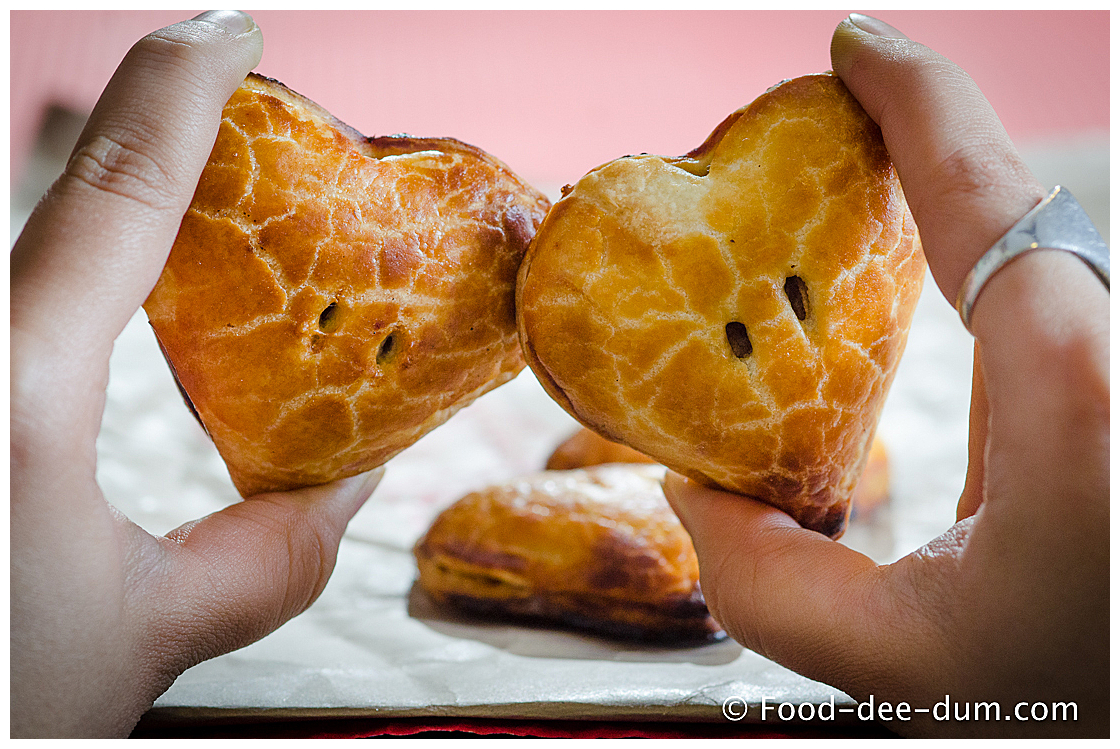 We had them with a scoop of vanilla ice-cream, but they were perfect by themselves too, like pie cookies!