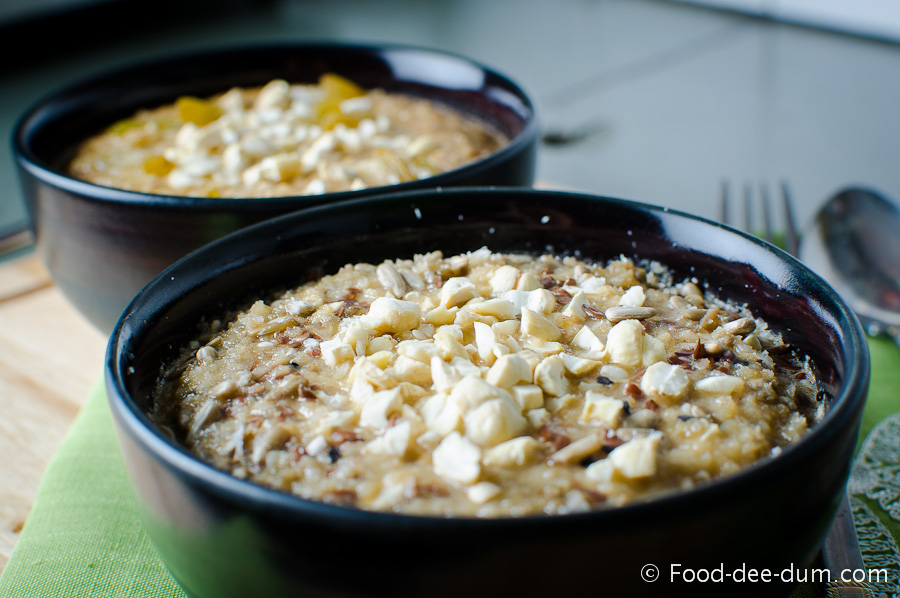 I have an extremely horrible habit. An unhealthy one. One I know I need to kick.

It’s the habit of skipping breakfast. Not because I don’t like it. In fact, I love breakfast. It’s just a schedule and priority thing. I never skip my tall glass of milk, with a shot of espresso or filter coffee to make an iced latte. But all the other wholesome stuff I keep meaning to have – egg, fruit, cereal, nuts, seeds – just gets pushed to the back burner because I’m always in a rush to get somewhere or do something.

I’ve tried lots of tricks to make it more convenient not to miss breakfast. I manage 3 days in a row, at most, sliding back into my horrid habit.

So today I tried a new trick, disguised as a new recipe. I doubt I’m going to succeed in doing this everyday, because it’s not exactly the quickest or the most convenient. But, hopefully, the thought of the wholesome deliciousness will force me to have this once or twice a week! For the rest if the week, I’ll make do with bran cereal or a bowl of fruit.

Baked oats aren’t exactly a summer breakfast but it’s been on my mind for a few days and I’m glad I gave in to the idea after all. I arrived at the recipe because I was craving a dose of bread & butter pudding for breakfast but I knew I shouldn’t have all the “white bread” and butter that goes into it! Specially not after a(n attempt to) run! So I substituted the bread for oats! How simple is that?

Here’s what I used for 2 very generous servings:

I turned on my oven to 180 C so it could pre-heat. Then I measured out the milk, whisked an egg into it and kept it aside. 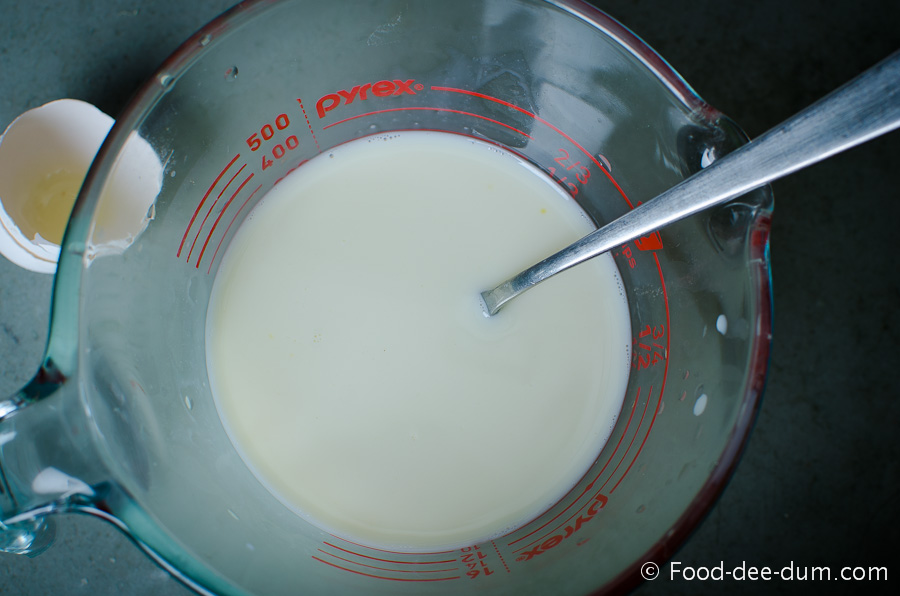 I mashed the bananas and grated the jaggery. I don’t want to show you the unappetising picture of the (extramely) overripe banans with the skin on so I’m skipping it! 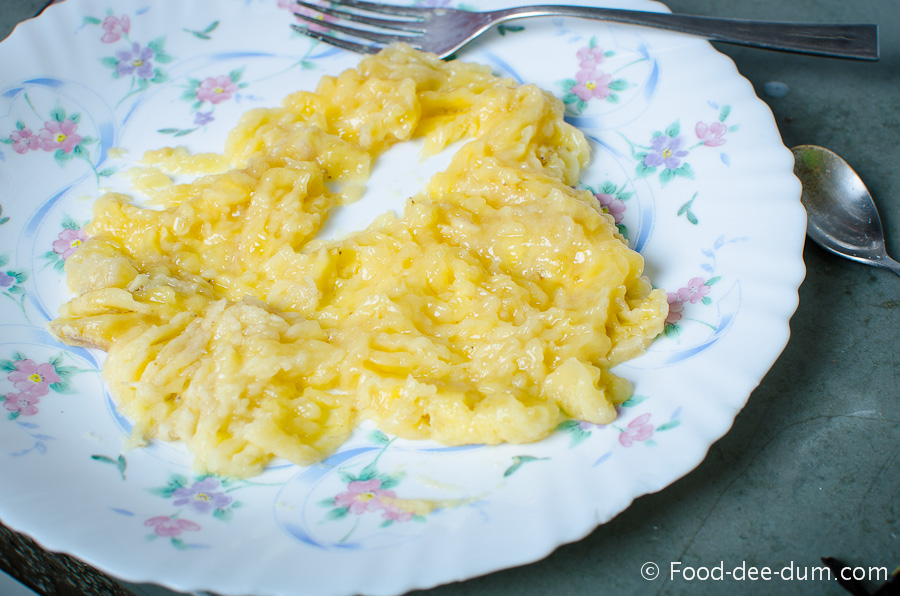 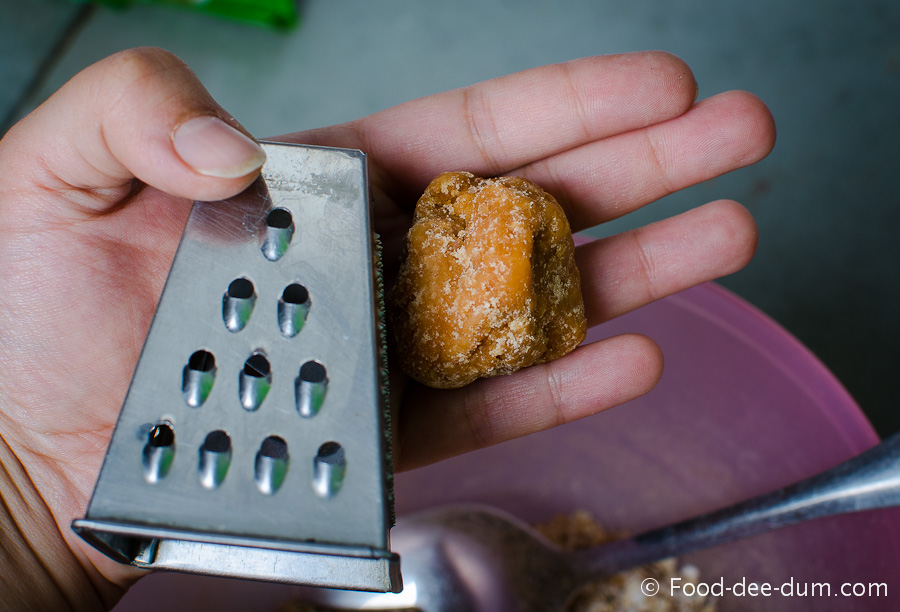 In a mixing bowl, I placed the oats, baking powder, salt, cinnamon, coconut and jaggery and stirred it to distribute equally, or almost. 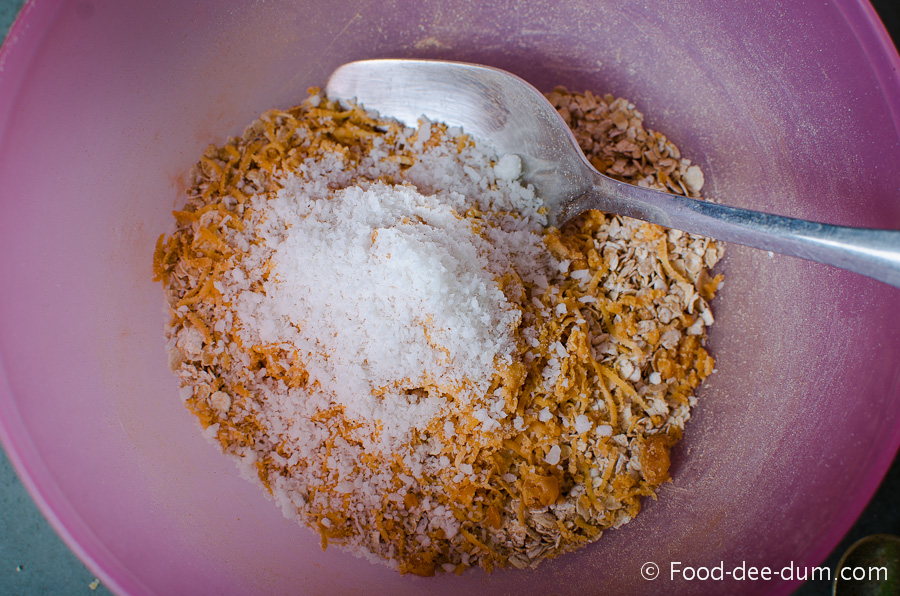 I added the mashed bananas and the milk & egg mixture and stirred it to combine.

Greasing 2 overproof bowls, around 275 ml / little more than 1 cup capacity, I spooned in the oat mixture and topped them with the chosen toppings – chopped cashews and raisins for AK and chopped cashews, seeds and a little extra coconut for myself. Then I popped them into the oven for about 15 minutes, checked them and decided to leave them in for another 3 minutes after reducing the heat to 150 C.

I wanted them to be pudding-y, that is, set but moist and a little soft-and-jiggly in the middle. But you can definitely bake it a little longer if you want a more muffin-y feel. Or even longer if you want it to crisp up and have it more like softer granola bars. 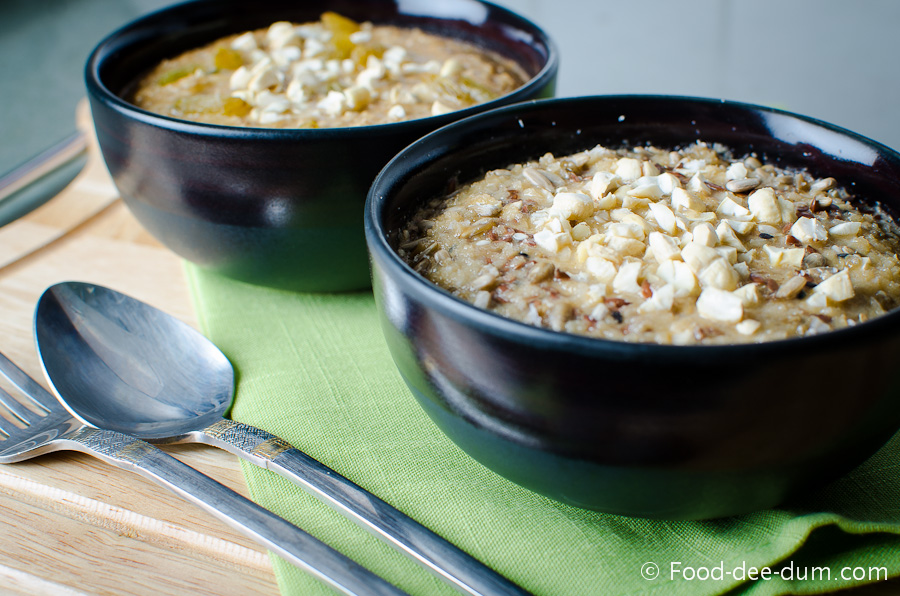 Can you see the swell of the rise? I know it’s hard to make out the exact texture in these photos, but it was pudding-y. Just like I wanted it.

We waited for it to cool a little so we could handle the bowls and dug in! Fresh, wholesome, delicious breakfast… I was proud of myself for having eaten the right things and not even feel cheated about it. More importantly, AK didn’t feel cheated and didn’t feel the “healthy-ness” that he’s so allergic to.

Belatedly, I thought I should have had some fresh mangoes or strawberries to top the bowl with after it was baked. It would have been a nice textural and flavour contrast. Without it, the flavour was a fancier and more delicious version of porridge. Enough to keep it from being boring but still had scope for more excitement!

I will definitely keep some variety of fresh, juicy, tropical fruit around when I want to have this next.