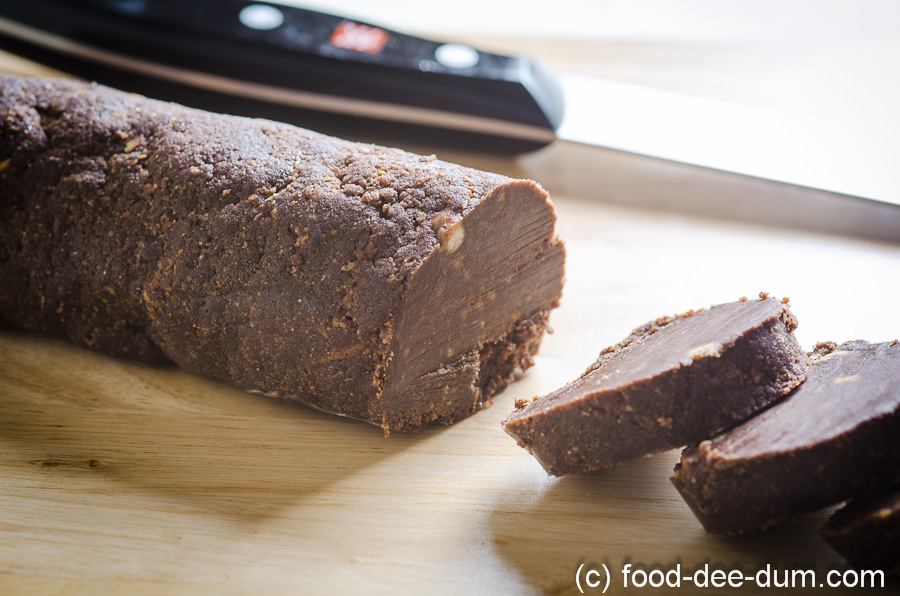 Or the easiest chocolate dessert I know.

Chocolate Salami is exactly what it sounds like – a log of chocolatey goodness just waiting to be sliced up and had, as is or with ice cream. This is an old fashioned recipe and most commonly made and served by “defense wives”. I was recently told by a Christian friend from Pune that such a thing is a staple during Christmas celebration in their home.

I’ve had, and made, many versions of this dessert but this particular recipe is from a friend’s mother and it is hands-down, the best version ever. After I had it for the first time, I just had to get her recipe and try it out for myself. And it did not disappoint.

Not surprising at all. Especially when the recipe sent to me was from an old recipe journal – lovingly corrected, adjusted and perfected over the years. The best kind.

Here’s what I used for 2 chocolate salami logs, approx 12″ in length:

The recipe basically involves 5 minutes of prep and then just mixing everything together, so I’m going to keep the steps pretty short!

Weighed and melted the butter. 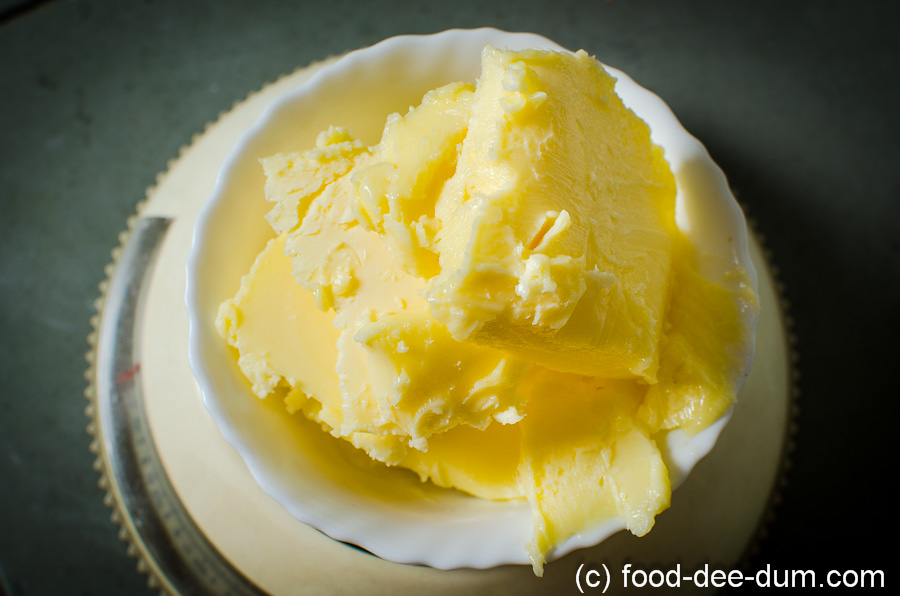 Powdered the Marie biscuits in the processor. Placed the sugar, biscuit crumbs and cocoa in a large mixing bowl and stirred to combine. 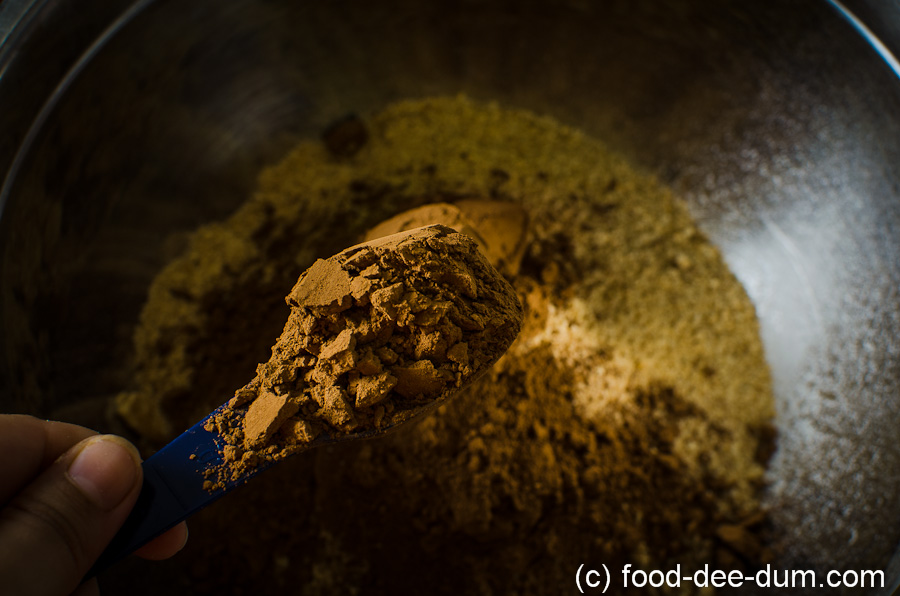 Separated the eggs and whipped up the egg whites (using an electric beater on high speed) until it held soft peaks, like in the picture. 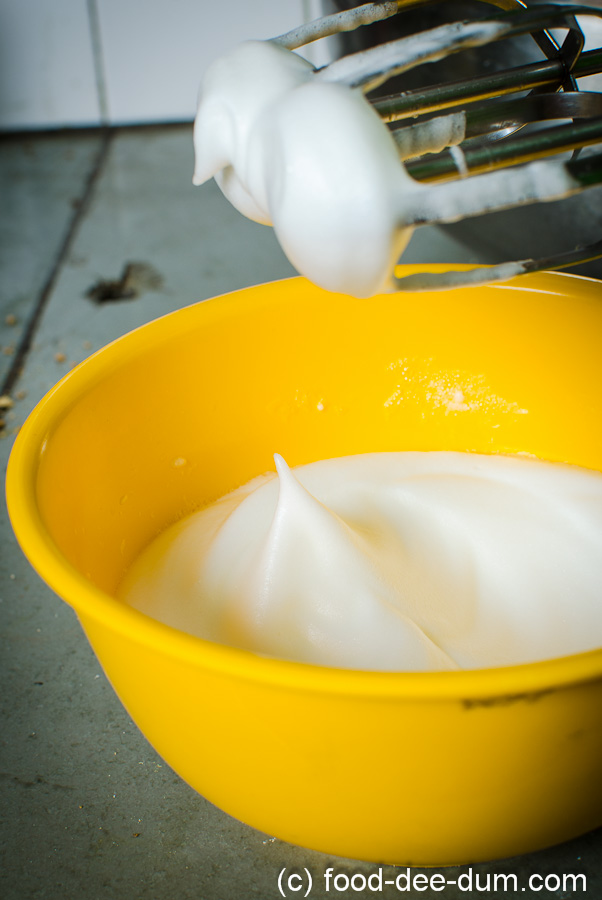 The original recipe just said to “slightly beat” the egg whites. I’m not sure why I went to the trouble of whipping to this stage. Maybe just to prove to myself that I can still make meringue if I want to!

(I usually separate the eggs by cracking them one-by-one on to a plate, covering the yolk with a small steel katori/ bowl and sliding the whites into another bowl. But here are some videos of other methods: this & this.)

Then I poured the melted butter into the crumbs mixture and stirred using a wooden spoon. 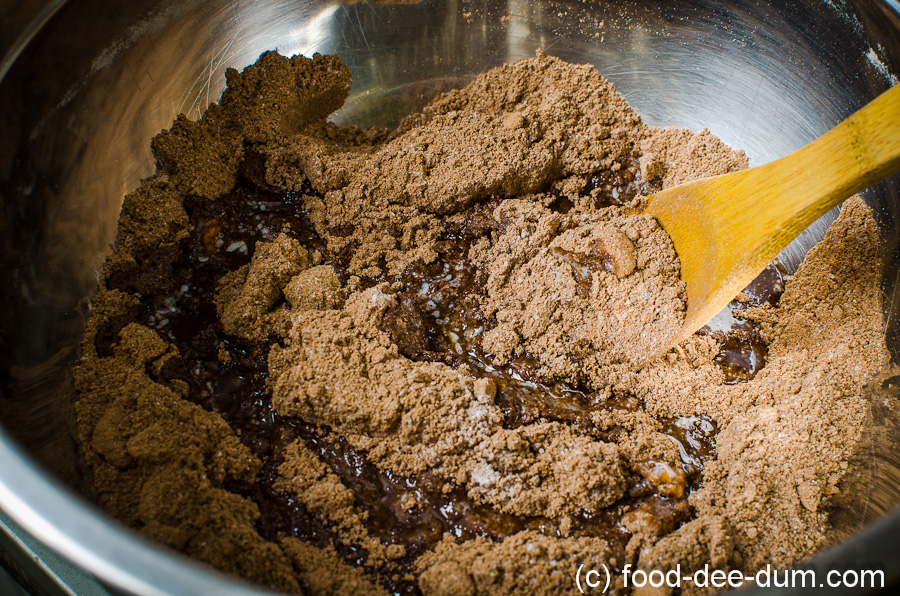 Adding the whipped egg whites, I abandoned the wooden spoon and proceeded to mix with my hands – much easier. After everything was incorporated, the mixture was still too crumbly and wasn’t holding shape. So I added a little milk, drop-by-drop, mixing all the time. I stopped just when it started holding shape – not very firmly and still a little crumbly – but holding shape nonetheless. Something like this… 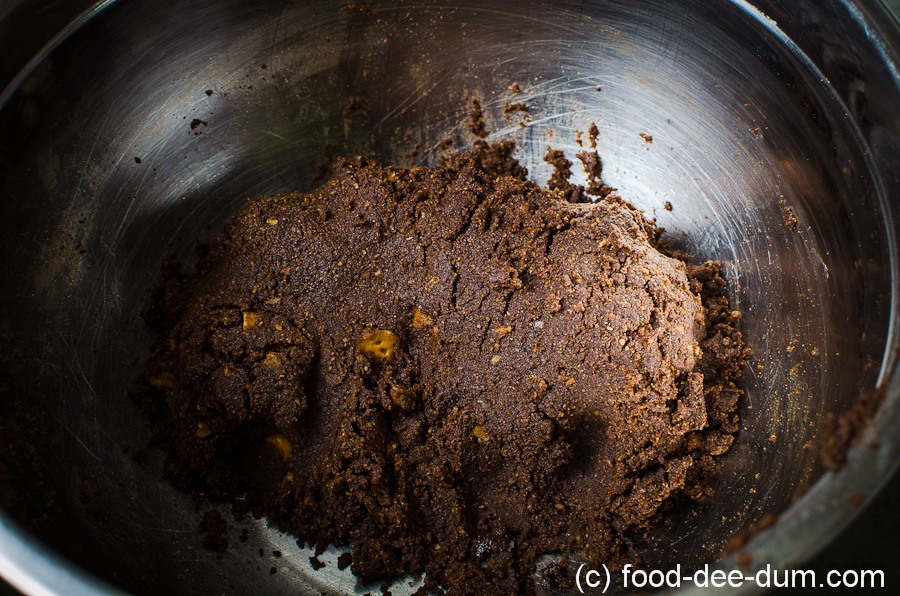 Laying out 2 rectangles of butter paper, approx 18″x10″, I divided the mixture between them and pressed them into log shapes. I did this towards one of the long edges and not in the centre, so that it would be easier to roll. One of my logs ended up being a little thicker than the other, but that’s ok. This isn’t really a dessert with a lot of finesse!

Finally, I rolled the logs up in the butter paper and twisted the ends closed, like toffee wrappers. When you shape the logs, you’ll realise that the bottom part tends to flatten against the kitchen counter. You can correct this by gently coaxing and rolling the flat part while rolling the logs in the paper. 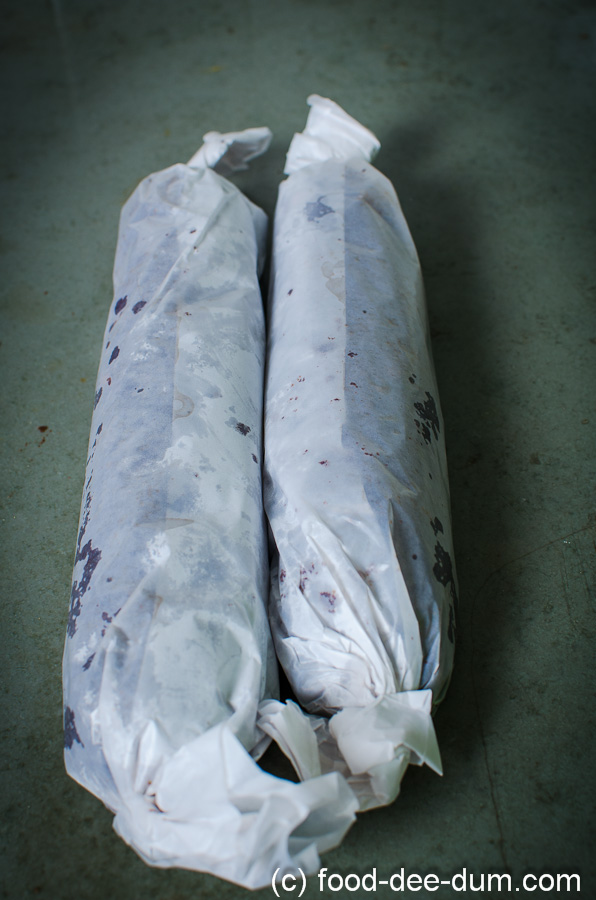 Wrapping each paper-wrapped-log in a layer of foil, I placed these in the freezer for 2-3 hours before slicing and serving. I had my share as is, and AK with some coffee ice cream.

Despite it’s almost ridiculous simplicity, this has been one of the gems in my recipe finds and is bound to be repeated very often.

In fact, there’s only ONE problem with this dessert. If you make 2 logs and they’re ready and waiting in your freezer, you WILL eat both of them by yourself at an extremely alarming rate! If you do have some modicum of self control, then they will last for a week in the freezer. They could be ok for longer, but I wouldn’t risk it because of the raw egg whites.