An entry to the IFBM and Freedom Tree Baking Contest

If you follow this blog, you’ve probably realised that I have been in a mad rush to complete my contest entries for all the IFBM contests that are being held by the various sponsors. (You can see the previous 2 entries here and here). It’s actually a whole lot of fun to try and find recipes that fit the given parameters. Except, I have not been managing my time well at all. Mad work rush and 4 birthdays in the house have consigned all the contest entries to the last possible moment. In fact, I’m typing this in the train, in an attempt to finish it before I lose internet connectivity for the next 3 days.The contest is being run by IFBM & Freedom Tree and here’s what I had to adhere to, to qualify!

When I first thought about savoury+corn, my instinctive thought was to bake corn & spinach muffins or baked eggs over corn. But I had a feeling that a few others may have the same idea. I was rummaging through some of my older, more Indian cookbooks to find something interesting when I came across a recipe for Cheese Sticks in my first ever cookbook. Why it was interesting was that it used potatoes as a base, no cheese and still guaranteed that it would taste cheesy! Every other recipe that I had ever seen was a simple, pastry-like recipe with flour, butter, cheese and egg/milk/buttermilk. But the fact that this used potatoes as a base gave me the idea and opportunity to try it with corn instead of the potatoes.

Heres’s what I used for about 16 Corn & Cheese Sticks:

Peeled and de-husked the corn and set a large pot of water to boil with some salt. 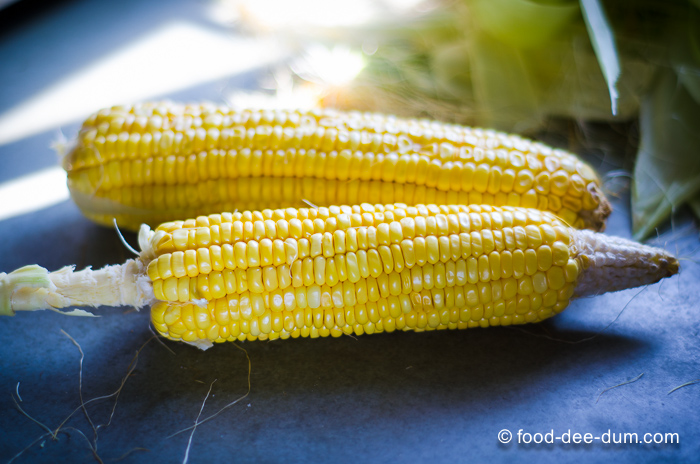 I used 2 corn cobs but I didn’t know how much of the kernel they would yield. I actually only ended up using half! I dunked these in boiling water, allowed the water to return to a boil and then reduced the heat to medium, cooking it covered for 10 minutes. When done, I carefully removed them from the hot water, rinsed with cold water and allowed them to cool fully before handling.

While the corn was boiling, I weighed and grated the cheese. 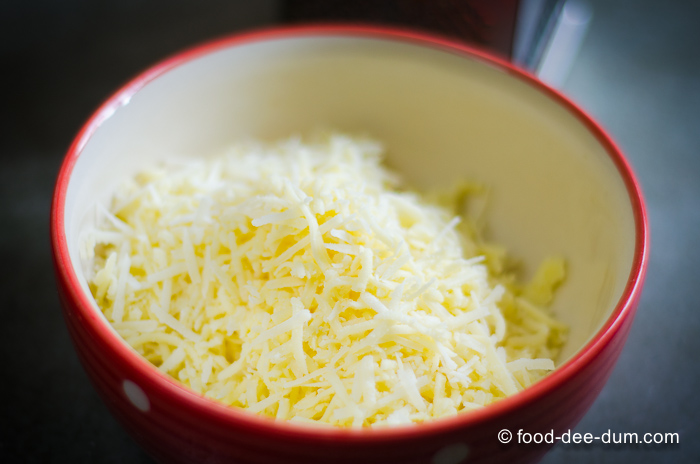 Mixed all the dry ingredients together — the flour, baking powder, salt, red chilly powder and black pepper and kept it aside. 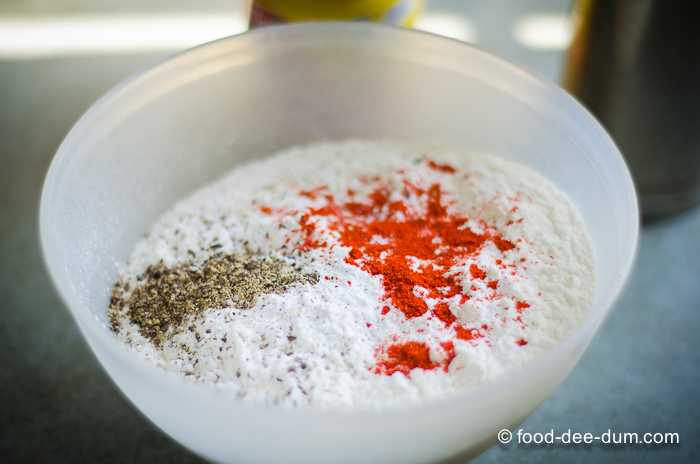 Once cool enough to handle, I halved the corn cobs by breaking them with my hands — I found that they are easier to handle when they are a bit smaller in size. Placing each half firmly on the cutting board and using a sharp knife, I sliced out the kernels. 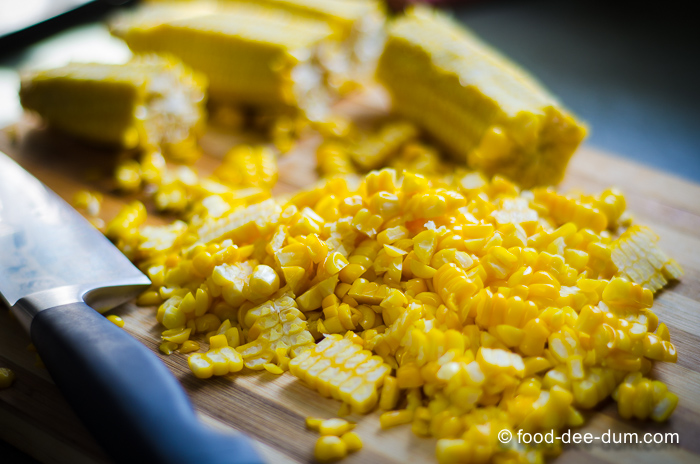 I weighed them and figured out that I used only a little more than half to make up 125 gms. I put the kernels in the mixie to grind them up (as finely as possible without adding water) and stashed the rest away for a simple corn chaat to have with my evening coffee! I put the ground corn, cheese and butter in a mixing bowl and mixed them up by hand. 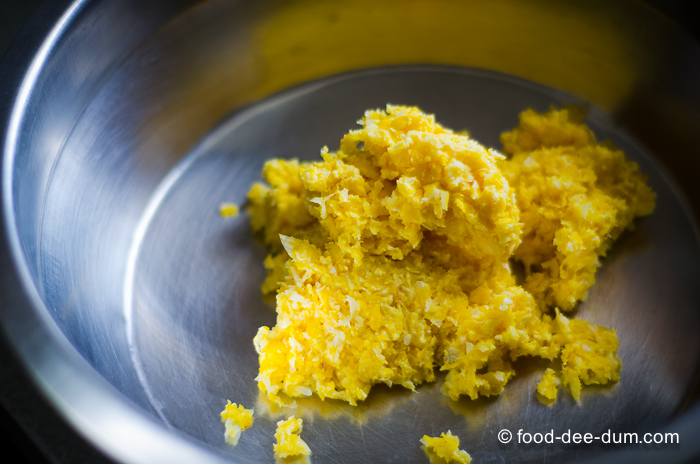 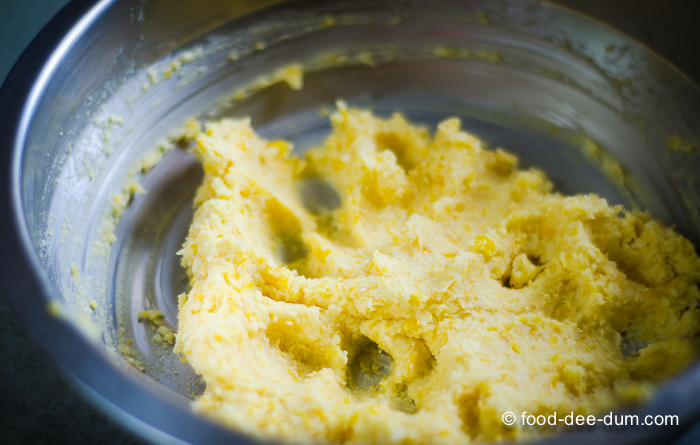 Then I added the flour and mixed it up, first with a metal spoon and then my hands until it came together. I thought it was a little dry so I added 1-2 tbsp of cold milk. It should not be a soft, smooth dough, but rather a slightly crumbly, biscuit-y dough. 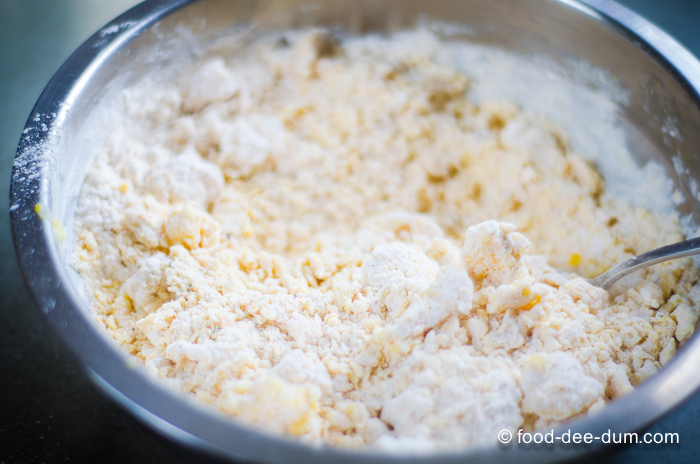 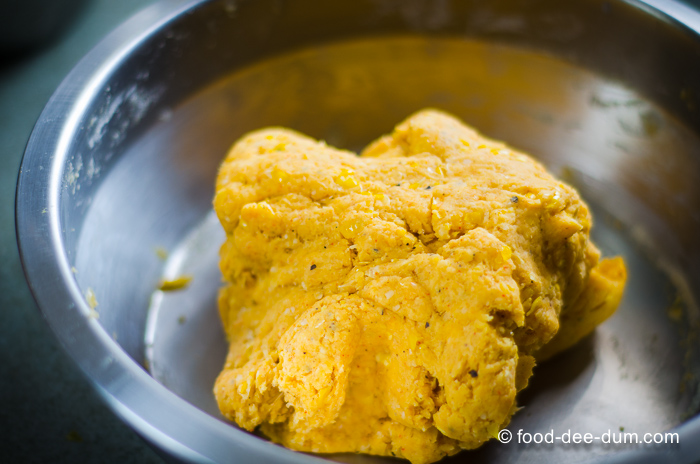 Rolling it into a rough disc, I covered it in clingfilm and popped it in the fridge for 30 minutes. 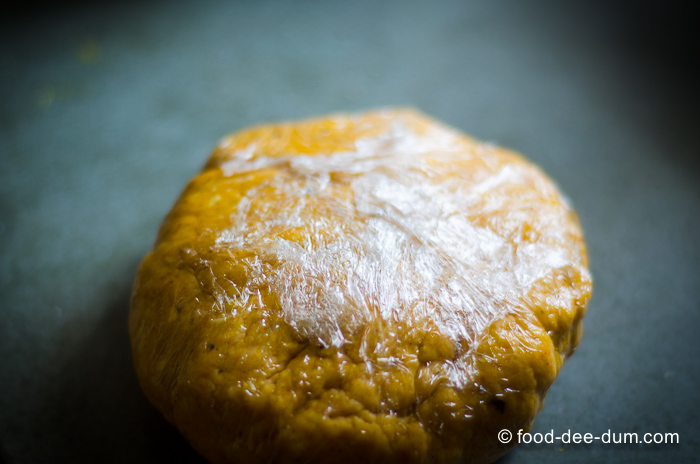 I turned on the oven to pre-heat at 180 C, about 15 minutes before I pulled the dough out of the fridge. I lined 2 baking sheets with butter paper and greased them with a little butter. Then I pulled out the dough and plonked it on a well floured counter. 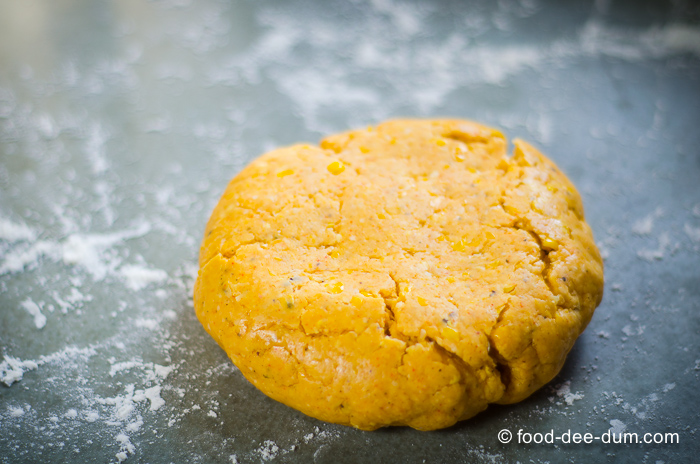 Using a rolling pin and flouring as required, I rolled it out into a rectangle, about 1/8th inch thick. 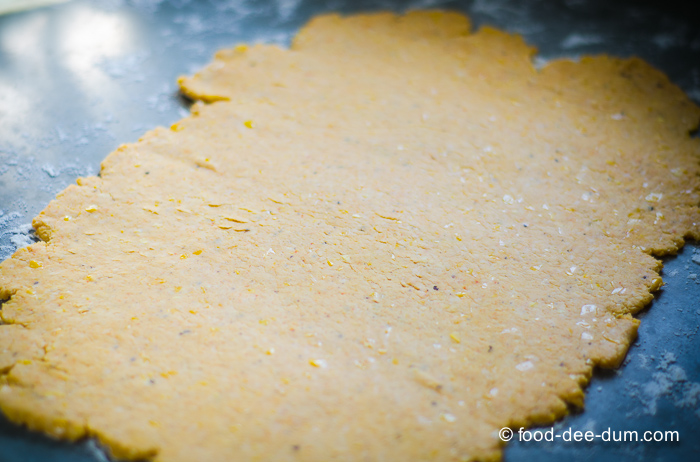 Using a pizza cutter (you can also just use a sharp knife), I trimmed the sides and cut the dough into 1/2 inch strips. 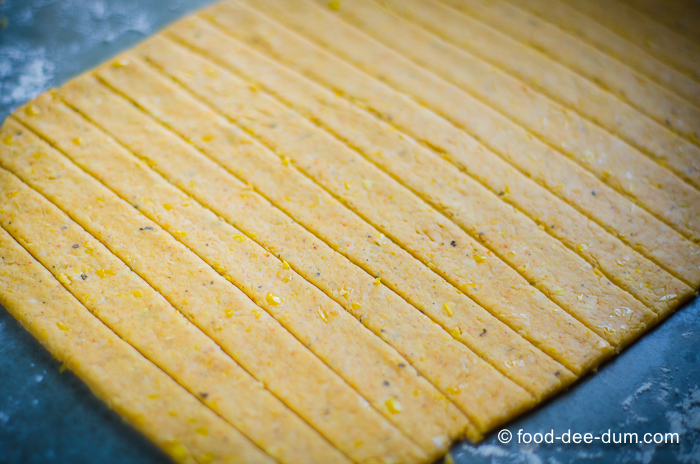 Lifting each one individually, I twisted it up and laid it down on the greased baking sheet. They need not be to far away from each other because they don’t expand much. I brushed the tops with a little butter and sprinkled some sesame seeds and nigella seeds on it. 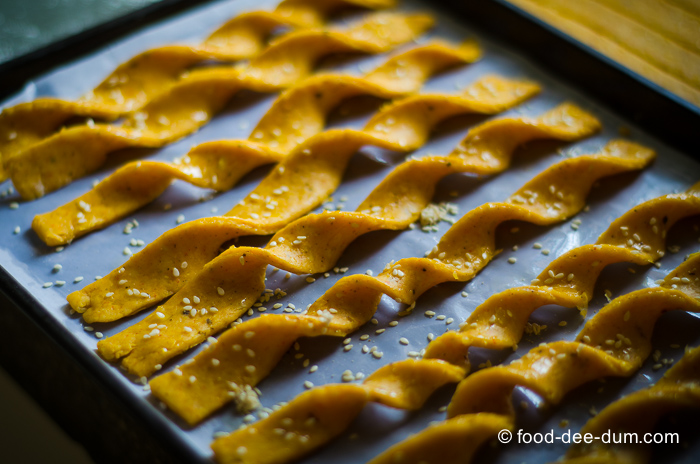 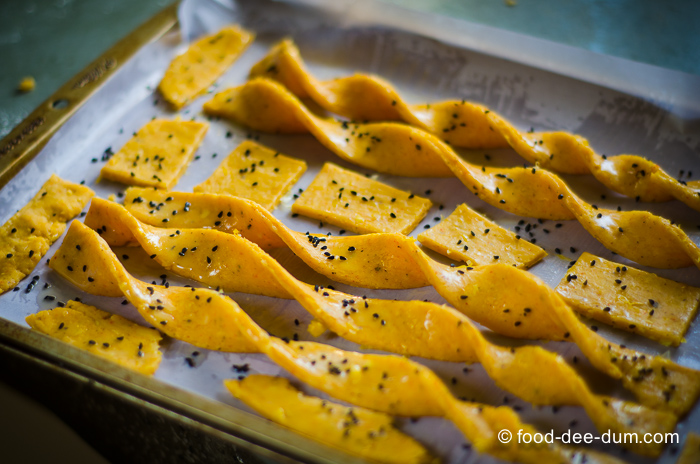 I rolled out the trimmings again and cut them into uneven squares/ rectangles and fit them in the blank spaces. I popped the trays, one at a time for about 18 minutes, until they were golden.

They crisp up after they cool down, after which they should be stored in an airtight container. I served them up with green chutney, ketchup and mayo! Yes, AK loves mayo and will add it to anything possible! 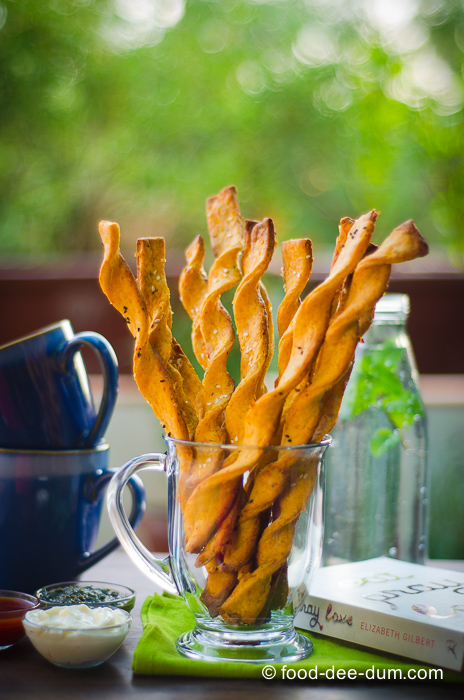 They turned out better than I expected! Actually, I wasn’t sure that the corn would hold them together at all, but it all worked out very well! Very corny and very cheesy! Sorry, I couldn’t resist the pun!

These are definitely to be repeated with different flavour variations in the future — this time, corn was a pre-requisite so I didn’t want to overpower that flavour with any other. But I’m already dreaming about garlic & herbs, caramelised onions, paprika, jeera+pepper+curry leaves. My head is spinning with the possibilities.

Leave me a comment to tell me if you have any other suggestions!