Firstly, my apologies for being MIA for so long. Not that I haven’t been cooking. There was a problem with the photographs – plenty of files got corrupt due to some glitch (look at me blaming AK and his equipment as usual – no pun intended).

There was also some travelling involved. So to make up, I’m going to post 2 recipes from the past 2 weekends back-to-back.

Back to the subject at hand, I’m sure I’ve mentioned that I’m not the biggest fan of chicken. And the words chicken and pulao/ biryani don’t go together, in my dictionary. If there’s biryani or pulao to be made, mutton is the way to go. This is my favourite and fairly foolproof recipe, based very loosely on Premila Lal’s recipe.

1 cup rice – ideally basmati but I was out. So I used the in-between semi-basmati type!

I mixed together the ginger paste, garlic paste, turmeric and 1 tsp salt. I marinated the washed and cleaned meat in this mixture and placed it in the refrigerator for about 3 hours. Ideally, 4 -12 hours of marination should be allowed, but in a pinch 1/2 hour will do. 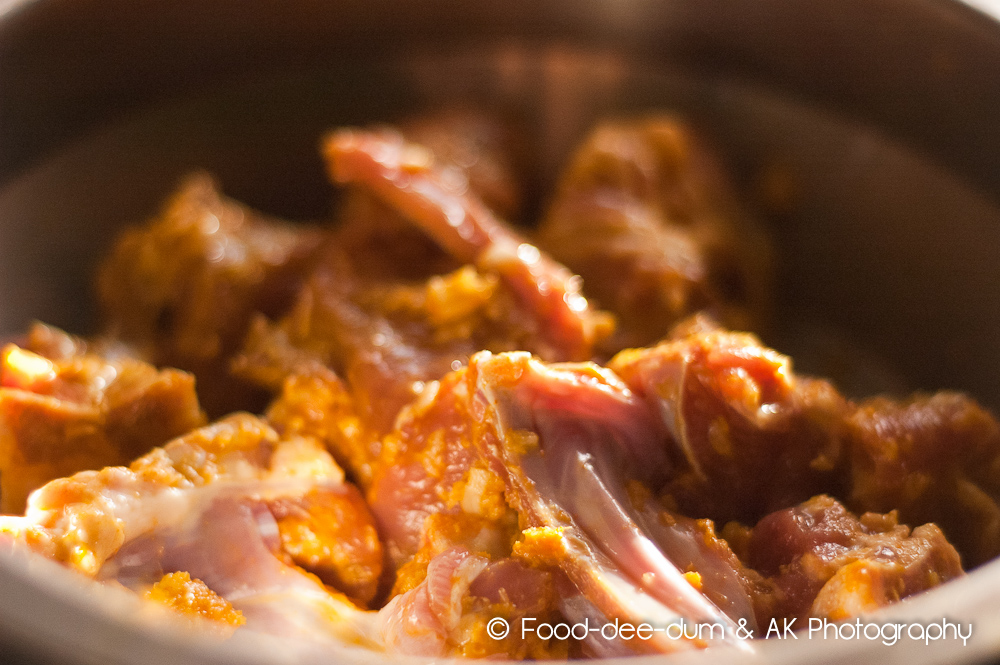 In the meanwhile, I cooked the rice. We need the rice to be slightly under-done and moist. Since I use the microwave, I cooked the rice in 2 cups water, 1 tbsp oil and 1/2 tsp salt for 10 mins. I wasn’t using basmati, else I would have soaked it for about 20-25 mins before cooking.

Then I placed the cardamom, pepper, cinammon and cloves in my mortar-pestle and ground it finely.

Then I heated the oil in a kadhai/wok and added the onions. 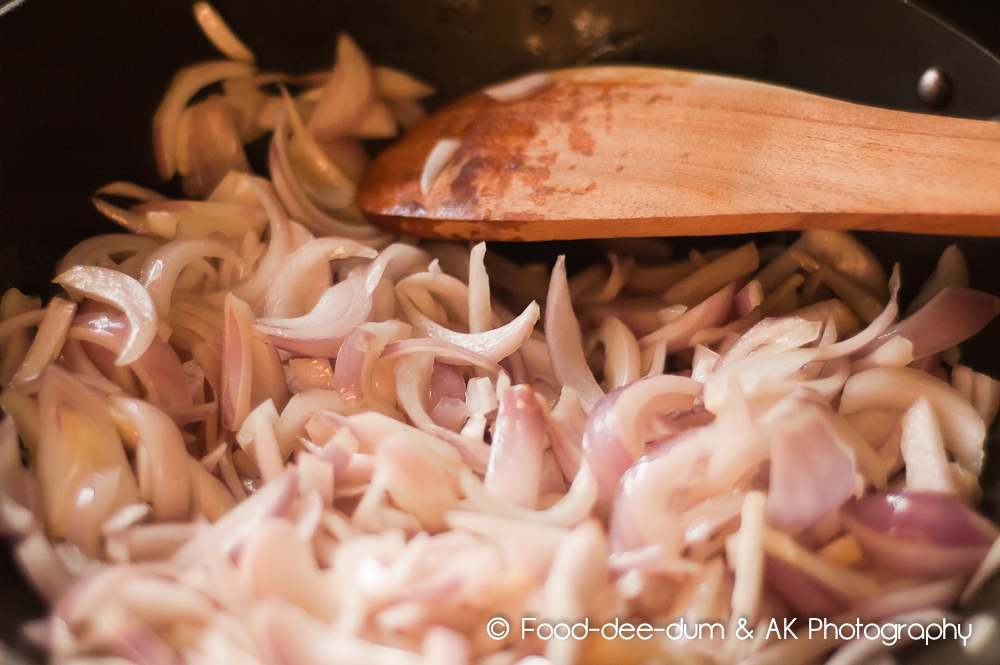 I fried these, stirring often. We want them a nice brown, deeper than caramel but not totally burned. Although, if a few do crisp up and burn, fear not. It does nothing to spoil the flavour. After about 20 mins of frying, the onions looked like this.

At this point, if your angelic mother doesn’t supply you with deep fried onions and garlic, then reserve 2 tbsp of these onions. Else ignore this step! 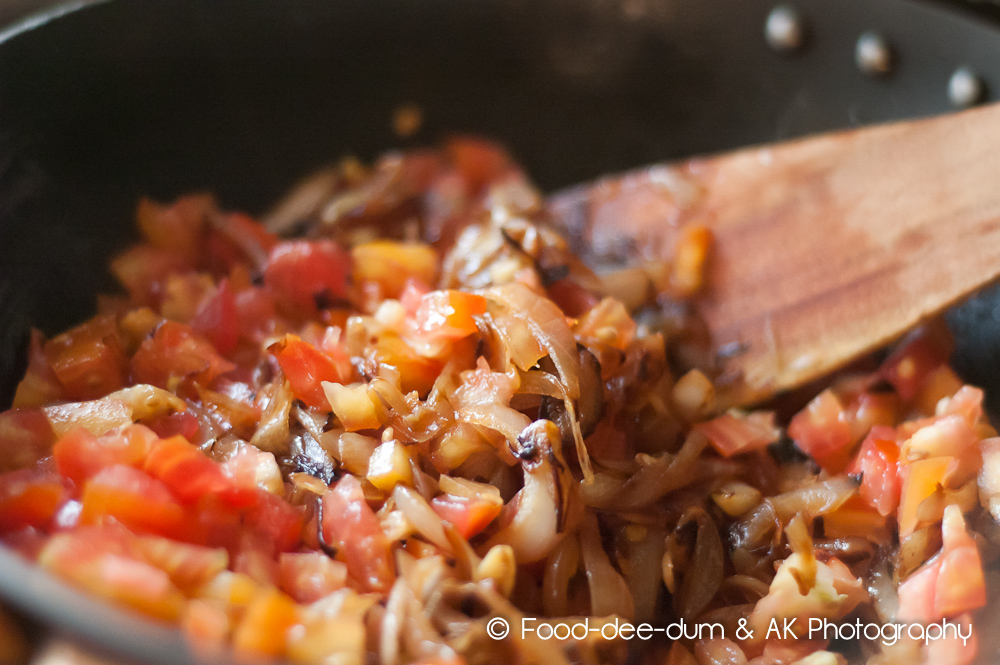 Cook this masala until integrated and all the water from the tomatoes seems to dry up.Then add all the masalas – the cardamom etc, green chillies, dhania powder, garam masala, red chillies. Stir this around for about 2 mins and don’t allow the masala to stick to the pan or it will burn.

Then I added the marinated mutton and stirred everything to mix well.

Cook on high heat for about 10 mins or until the meat is browned on the outside.

Then I heated a pressure cooker and transfered the mutton and masalas to it. Adding the yoghurt and 1 cup of water, I mixed it well. Then shutting the lid and placing the weight on the cooker, I pressure cooked it for 4 whistles on high and an additional 20 minutes on low heat. Allowing the cooker to cool and ensuring that I let out the pressure before opening the lid, I got ready to layer!!

I pre-heated the oven to 150 C and greased an overproof Borosil dish with a dab of melted butter.

First, half of the potatoes, followed by 1/3 rice. 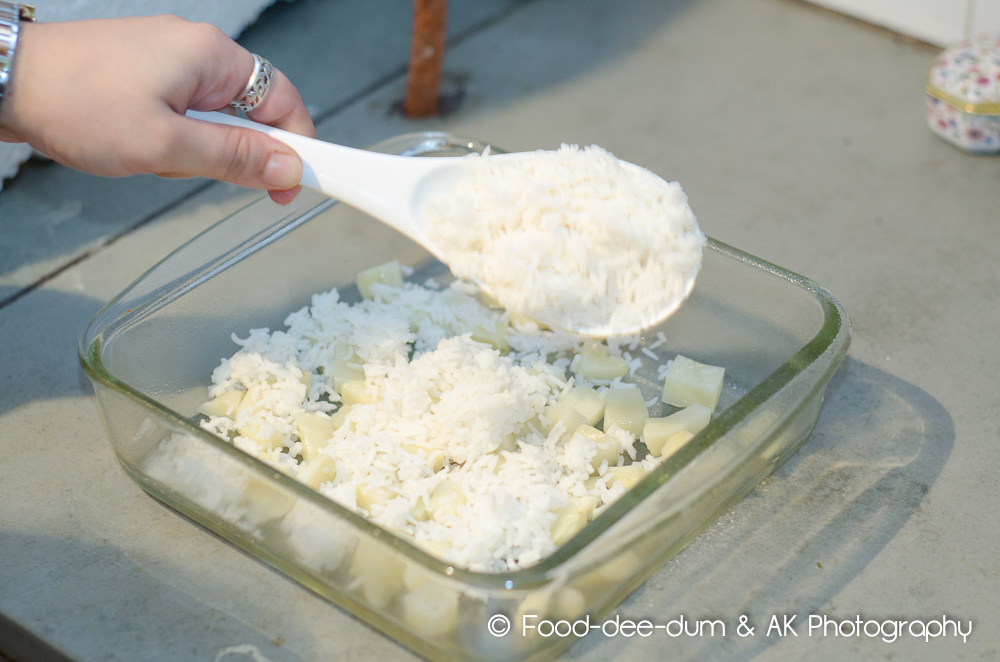 Then some fried onions.

Then half the mutton. 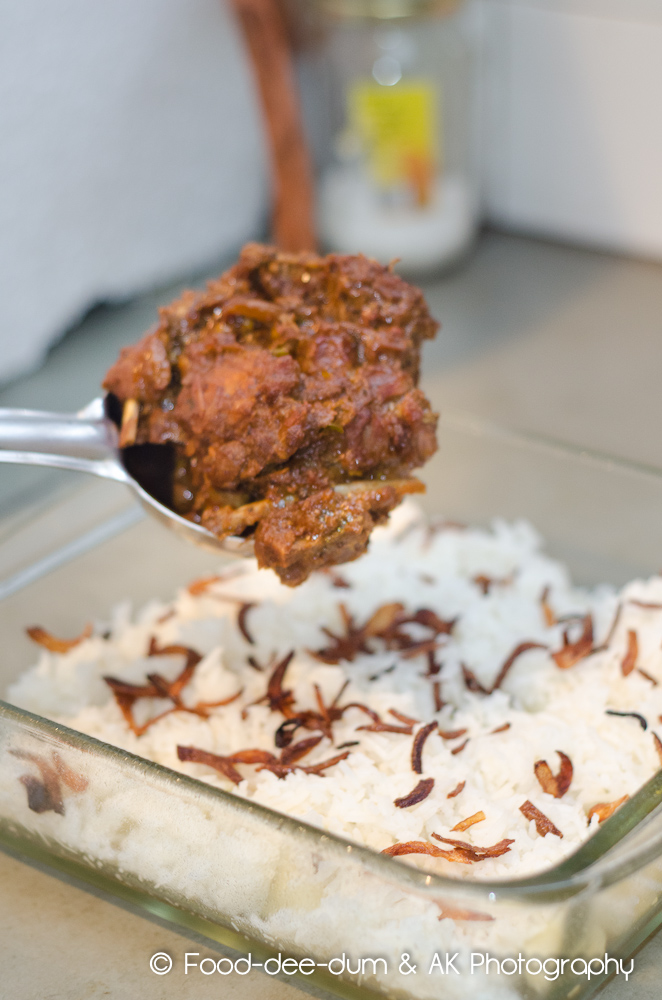 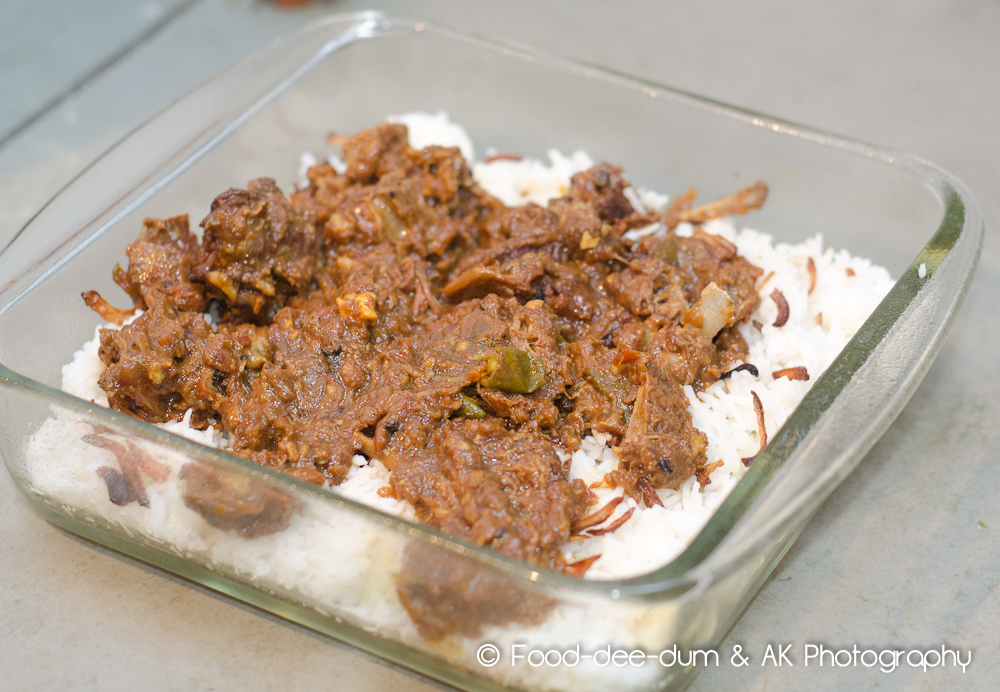 Then the remaining potatoes.

The rest of the mutton. 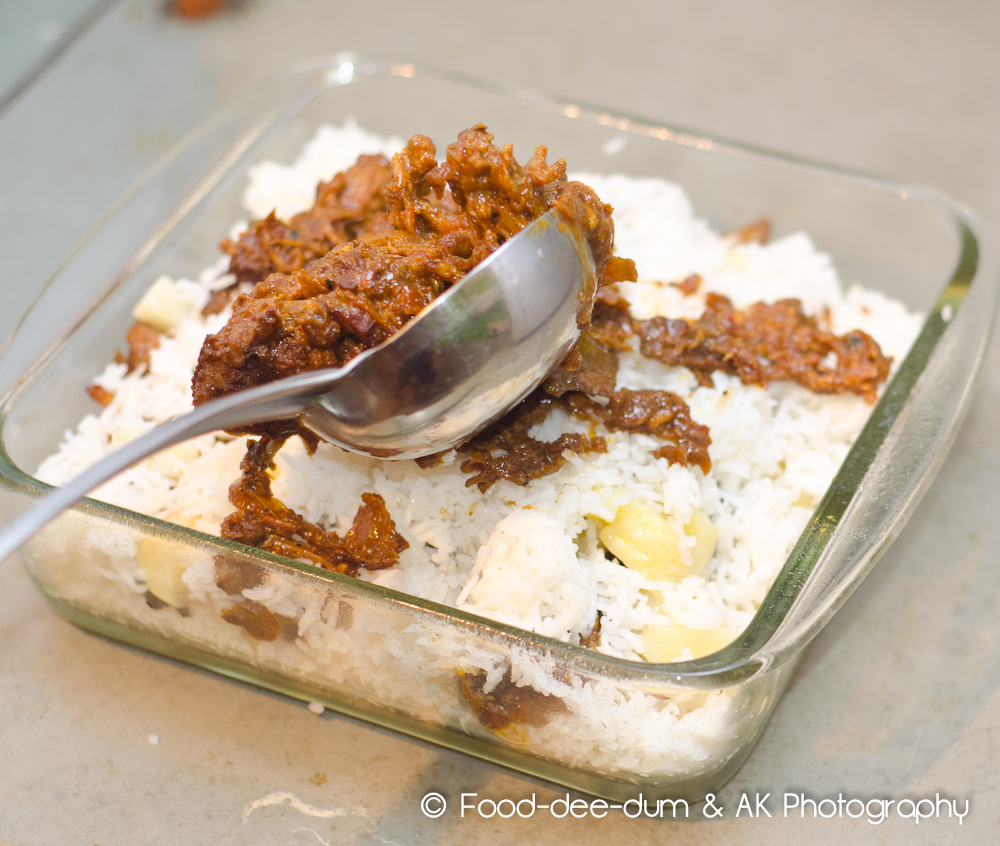 I covered it loosely with foil and placed it in the oven for 30 mins. And it’s DONE!!

I served it with raita (thinned down yoghurt with salt, chilli powder, cumin powder, fresh cilantro leaves and store-bought boondi) and onions!