Last week, I was invited to Cha Bar to attend a tea and food pairing session with Priti Paul. One of the comments she made, which stayed with me, was that for a majorly tea-drinking nation, we are very quick to “meet for a cup of coffee”. I’m paraphrasing, of course, but that was the essence of it. 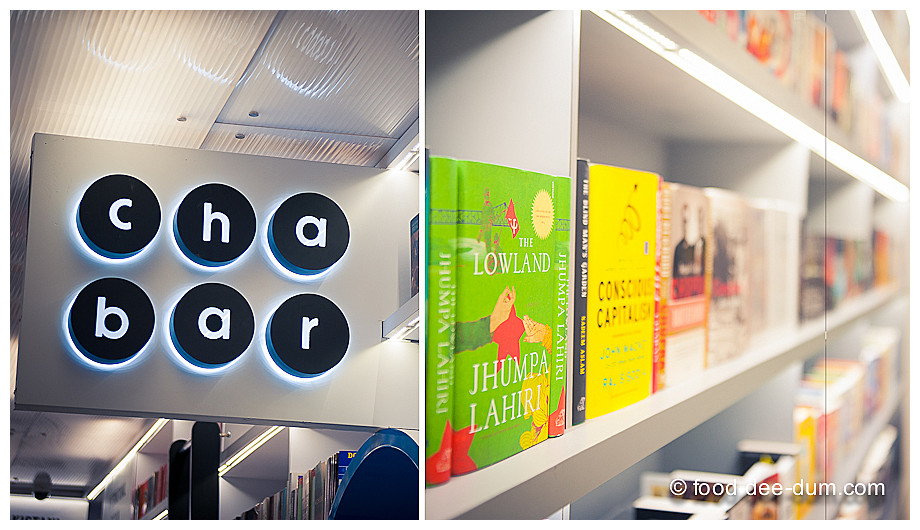 I did not need to be convinced about the notion of India as a “tea-drinking nation” but I looked up a few stats online anyway. It appears that, not only is India the largest producer of tea in the world, 83% households in India consume tea and that the average per capita consumption of tea annually is around 800 gms – which totally dwarfs the 85 gms attributed to coffee by almost 10 times. But the emergence of western style coffee bars throughout the country seems to have confined tea to domestic consumption. Or, at most, highway or road side dhabas.

To bring tea and tea-drinking back as a ritual and an experience is what Priti hopes to do with the Cha Bar outlets, present as part of every Oxford Bookstore across the country. 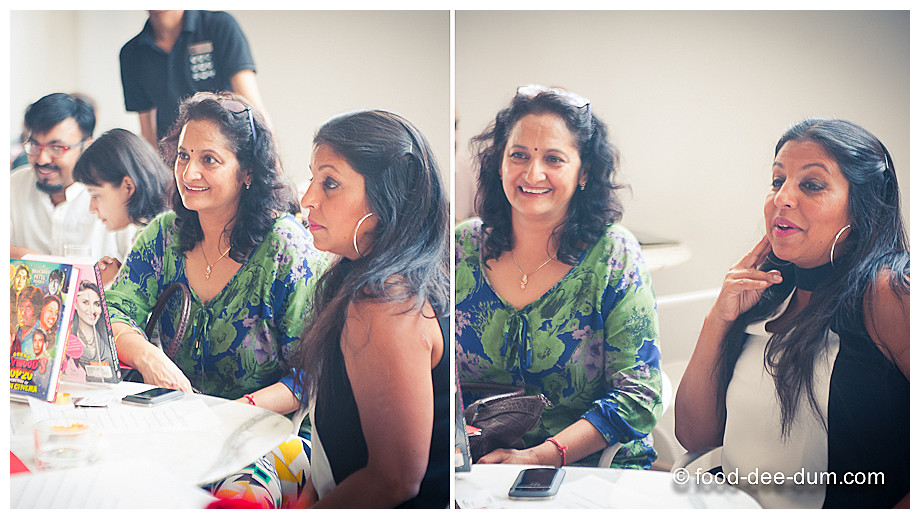 Priti having an animated discussion about tea with her guests

Although the regular menu boasts of approximately 150 tea blends and preparations on its menu (from India and abroad), she hand-picked 12 for us to try, along with suggested food pairings. The idea is not just to drink the tea as any old beverage, but to share the experience that goes with it, by serving each tea in its unique cultural way and suggesting food to eat and books to read while you enjoy your cup of tea. 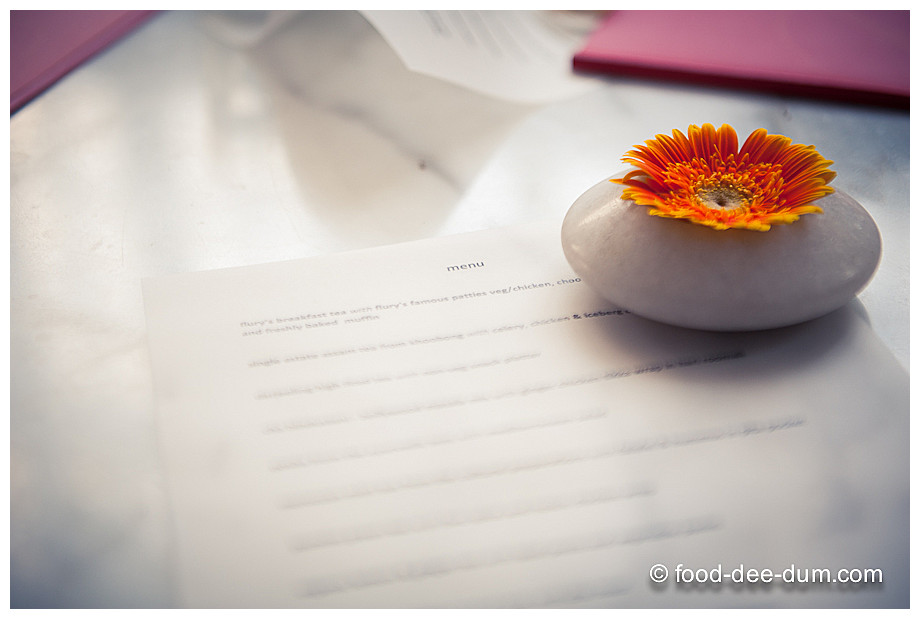 The special menu of the day

Being introduced to our server for the day and she is, in fact, the star server at the Delhi outlet! 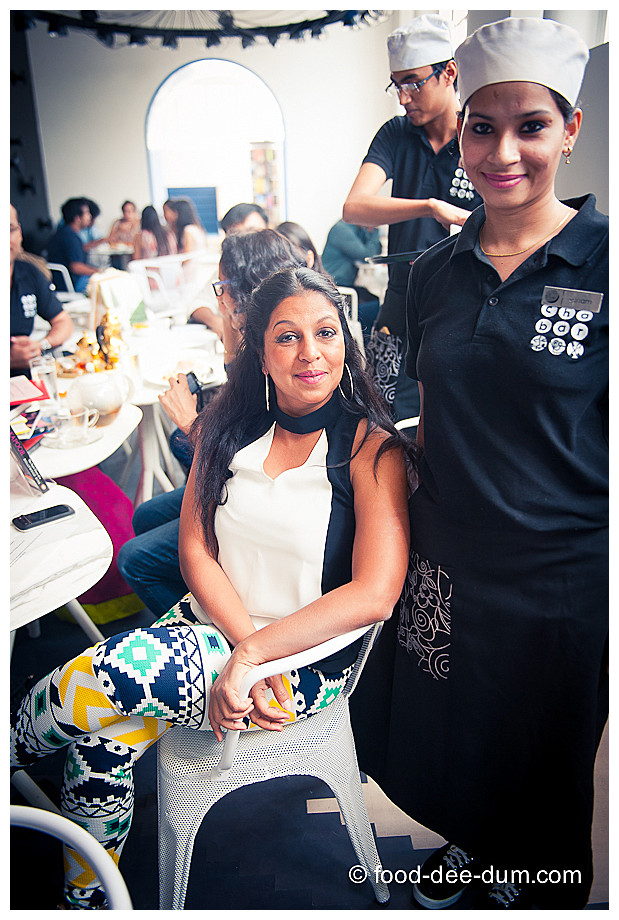 At 22, Sonam is a server quite in demand and was whisked away from her earlier position at a popular coffee bar! 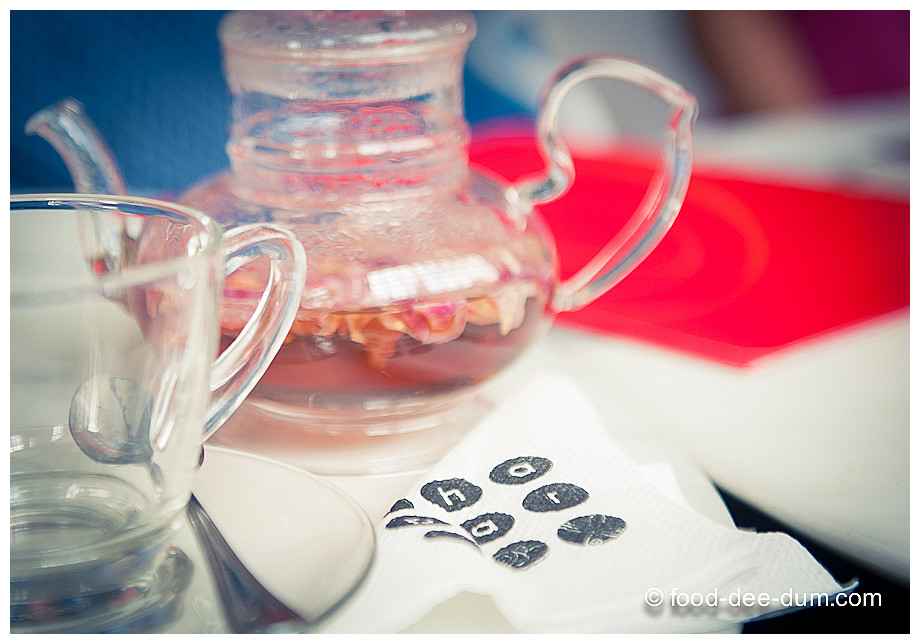 With some book suggestions… 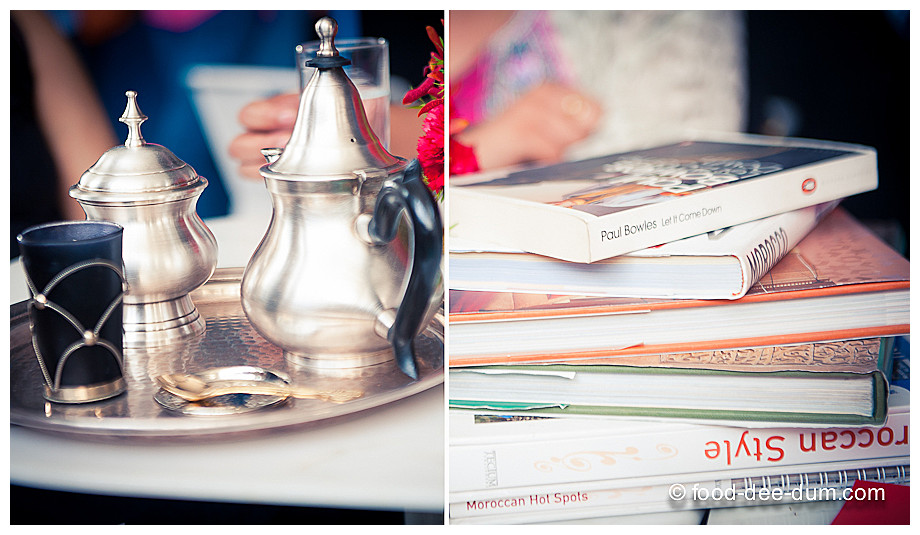 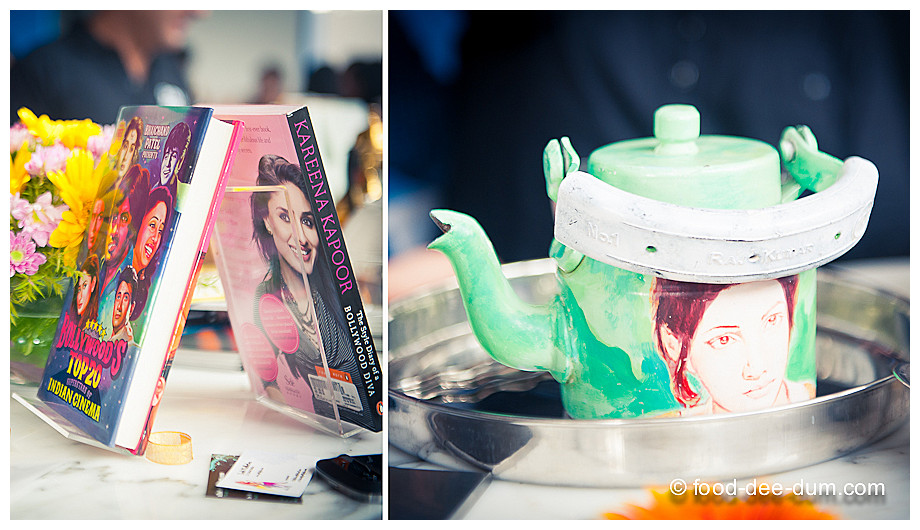 Another example of serving tea, keeping in mind the cultural and experiential associations… Most items that form a part of the service paraphernalia have been specially crafted and created for Cha Bar – since most of the teas are served in 1-1.5 cup quantities, readymade kettles associated with all the different types of cultural servings would not be available in the required serving sizes. I love the thought that has gone into the presentation of the tea.

The sandwich I tried with my lemon and ginger tea… 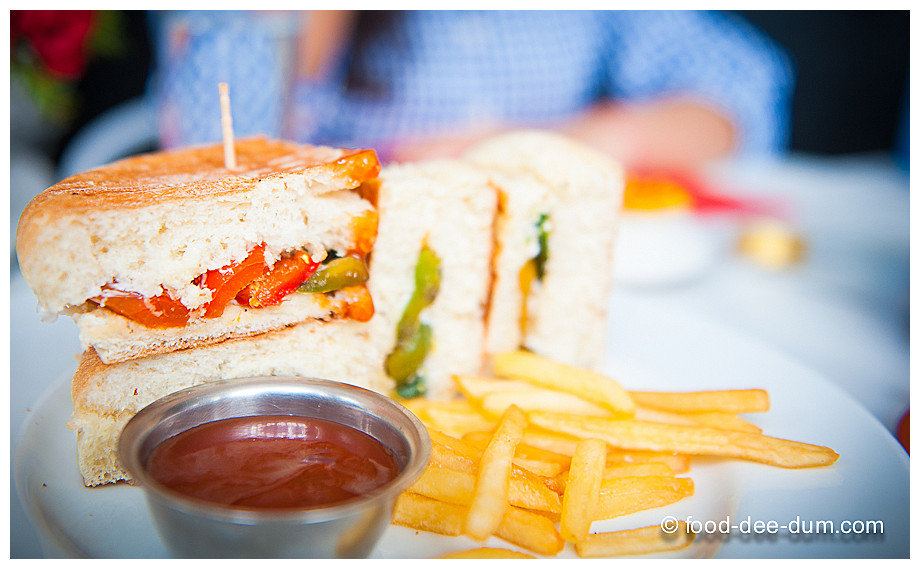 (To give you a better idea of the pairing, I have listed down the menu for you at the end.)

What was interesting to note was that, unlike some of the other events that I attended recently, this took place on a table amidst a fully functioning cafe. So there were regular customers along with the invited guests – and looking around, one could see that they were being served the exact same experience in terms of the look and feel of each tea as well as discussions with the servers regarding what to eat with it!

I have half a mind to try all 150 on their menu! Not all on the same day, of course. Supplementing any given order with at least one cup of their single estate Assam tea will also take care of my good deed for the day — the proceeds go to the WWF Rhino Conservation Programme.

As enjoyable as the tea, the food and the company was, what will continue to stay with me is the idea of tea – as a social and cultural beverage. It means so much more than just a rush of caffeine a few times a day. It is more than just any old beverage on a generic restaurant menu. It can be enjoyable, comforting, invigorating, medicinal, calming or anything else you want it to be.

So whether you go out to a tea cafe or brew your own cup at home, don’t forget to make time for at least an occasional cup which can be savoured for more than just the caffeine kick!

Posha from the Ayurvedic Teas with Mediterranean Salad

Tulsi from the Indian Herbal Teas with Cha Toast