The Atrium | Right outside The Spice Route

When we were invited for lunch at The Spice Route (The Imperial, Delhi) to sample their special vegan menu, I have to be honest when I say that I was more than a little apprehensive. AK & I arrived at the restaurant, on time, expecting to be served 6 courses of tofu! But we were pleasantly surprised. 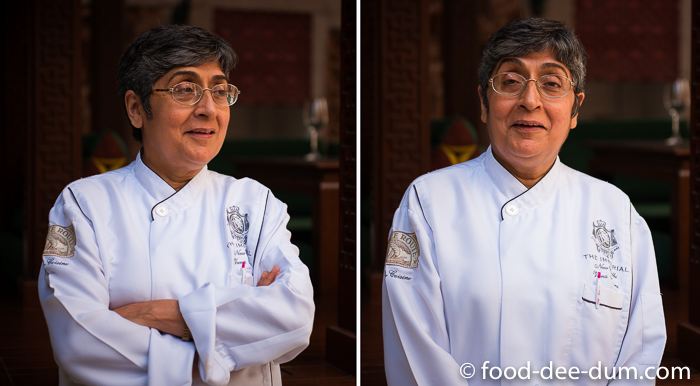 Chef Veena Arora, the Chef de Cuisine, had put together a delightful menu that used mock meat as a vegan substitute in trademark Spice Route dishes. To me, mock meat signifies soy chunks or “soya chaamp” used at most North Indian restaurants to replicate the flavours and texture of chicken tikkas and curries. But what Chef Veena used was another kind of mock meat, imported from Malaysia, made up of tapioca and another root vegetable called konjac. It was my first time tasting this variant of mock meat and I have to say that it matched the texture, if not the flavour of the actual fish/meat. When asked why a vegan or even a vegetarian would want to have mock meat, Chef Veena said that she actually has regular requests in the restaurant for such products and dishes – many of their international guests have turned vegan (but always weren’t) and they appreciate the fact that they can still enjoy their favourite dishes, now in vegan form. 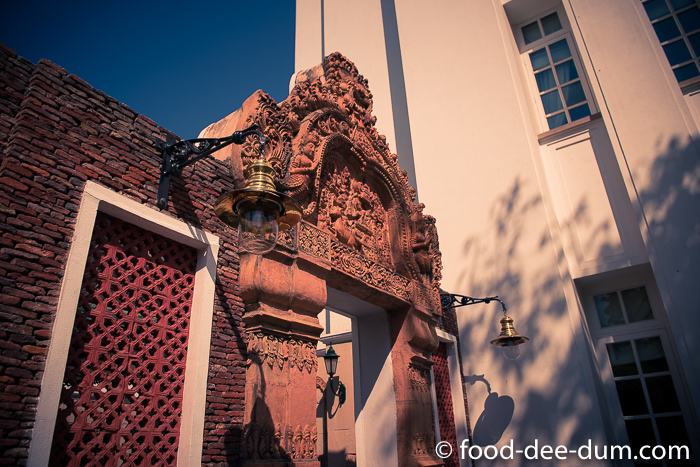 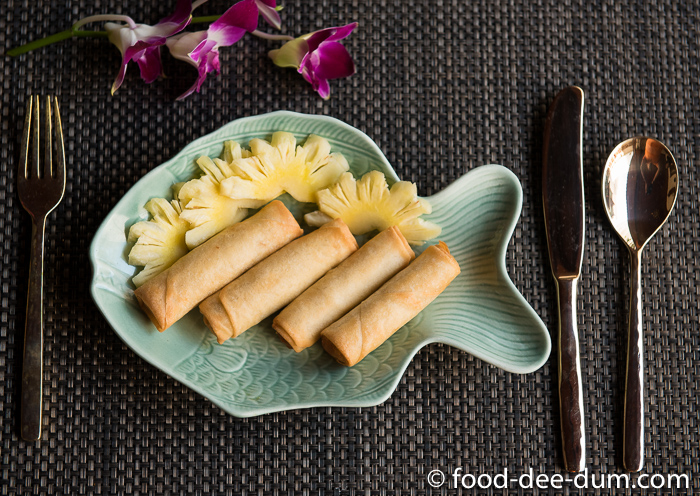 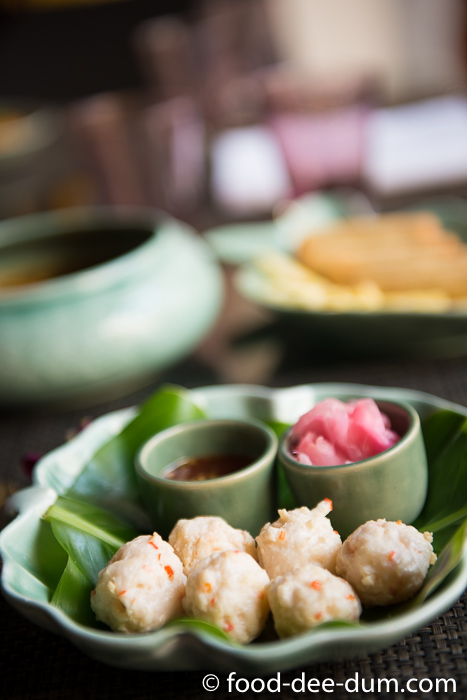 Silky Beancurd with Lemongrass and Basil

The main course was (mock) chicken stir fried with bamboo shoots and bell pepper along with a malabar (mock) fish curry, served with steamed rice. 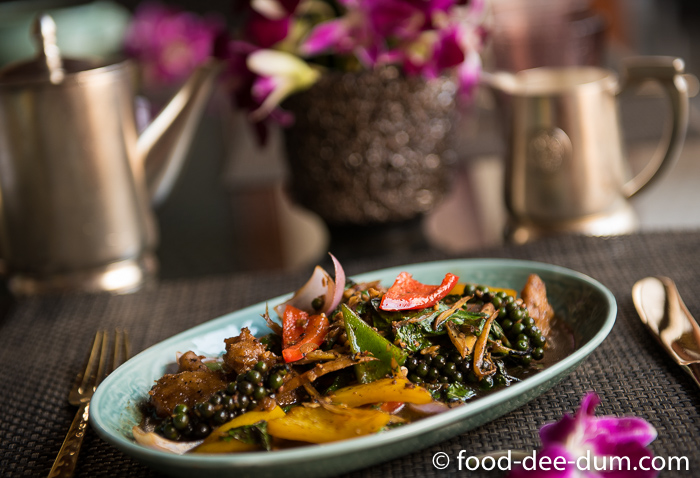 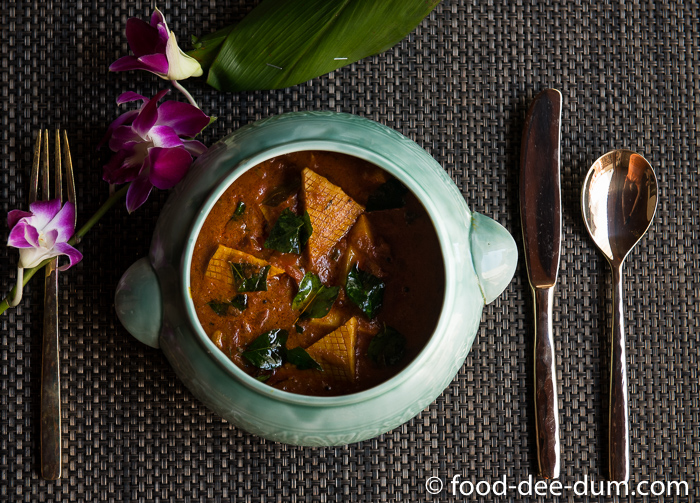 The best part was the dessert – vegan ice cream, coconut flavoured and served with sweet corn kernels – this was made of tofu, coconut milk and desiccated coconut. I would never have guessed that it was a non-dairy based ice cream if Chef hadn’t given it away.

To sum up – the flavours were excellent. Standout dishes being the stir fried (mock) chicken and the silky beancurd. And, of course, the ice cream. On mock meat vs real meat – you know which side of the vegan fence I’m on but, if I were to put that aside, the texture of the mock meat for the crab spring rolls and the fish dumplings was excellent. It was pretty good for the chicken as well, although I wasn’t a fan of the mock fish texture in the malabar curry.

On another note, the ambience and decor of The Spice Route is always a delight and this may be the very last week to enjoy an outdoor table. The vegan promotion is on until Sunday 20th, but these items are being added to the main menu very shortly. So go try it – and don’t forget to order a serving of chilled coconut water along with your meal.

Full Disclosure: AK & I were invited for lunch to The Spice Route and we did not pay for our meal. However, all opinions expressed are my own.

« 6 Tips for Better Food Photographs
How To: Make Dulce-de-Leche at Home »